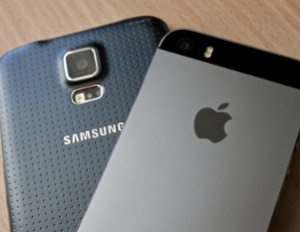 California is trying to save you from dealing with a stolen smartphone, and it’s about to become the law.

On Monday, California’s state legislature passed SB-962, a bill designed to protect consumers form smartphone theft by effectively killing the smartphone in question when it falls in the hand of an unauthorized user.

It’s the first time in the U.S. that a smartphone kill switch has been made mandatory, according to SFGate. Minnesota passed a similar bill earlier this year, hoping to curb the theft of smartphones especially at college campuses, where the University of Minnesota claimed that 62% of all robberies were smartphone-related.

The bill is speeding up the process of what has already been agreed to by most major smartphone manufacturers. By July of 2015 companies like Nokia and Apple will already have a kill switch-equivalent inside devices.

But if, for some reason, you don’t want to protect your phone from thieves, you can choose to decline the kill switch service. “The bill would authorize an authorized user to affirmatively elect to disable or opt-out of the technological solution at any time,” said the state legislature’s site.