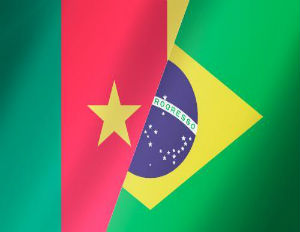 Cameroon’s Soccer Federation is investigating its own World Cup team as allegations of match fixing continue to circulate.

The country is focusing on the team’s heavy loss to Croatia in the opening round. They were among the worst teams in the the competition losing by a combined nine goals in three games. They were already eliminated before their final group game against host country Brazil.

The Cameroonian federation issued a press release on its website. It says in part,Â  “Recent allegations of fraud around Cameroon 2014 FIFA World Cup three preliminary games, especially Cameroon vs. Croatia, as well of the “existence of seven bad apples [in our national team]â€ do not reflect the values and principles promoted by our administration, in line with FIFA Code of Conduct and the ethics of our nation. We wish to inform the general public that, though not yet contacted by FIFA in regards to this affair, our administration has already instructed its Ethics Committee, to further investigate these accusations.”

The federation is also asking that any related information be treated as mere assumption.

Cameroon arrived one day late in Brazil after players refused to travel until bonuses were agreed. Of the five African teams in Brazil–Nigeria, Algeria, Ivory Coast, Ghana, and Cameroon–three of them have had their World Cup ambitions nearly derailed by pay issues.

Ghana had to send more than three million dollars in cash to pay players after rumors began to circulate about a potential boycott.

Cameroon’s 2014 World Cup performance was laughable at best. The team lost its opening game to Mexico and then got crushed by Croatia, 4-0. One player was ejected from the game and another tried to head butt a player. The team lost the game against Brazil, 4-1.

According to the New York Times, “The result became more suspicious after the German news magazine Der Spiegel reported that in a Facebook chat hours before the Cameroon-Croatia game, the notorious match fixer Wilson Raj Perumal predicted both the 4-0 score line and the first-half ejection of a Cameroon player.”

However, Perumal issued a denial through his publisher.

FIFA officials say they were closely monitoring the game Brazil-Cameroon game in overseas gambling markets for suspicious betting patterns. But have refused to say whether it would conduct its own probe into the Cameroonian scandal.

The New York Times is also reporting, “The involvement of Cameroon makes the issue a delicate one. The governing body for the sport in Africa, the Confederation of African Football, has been run since 1988 by a Cameroonian, Issa Hayatou. Hayatou is a powerful ally of FIFA’s president, Sepp Blatter, who is expected to run for re-election to another term next year.”