Can Colleges Do More to Lower Student Debt? 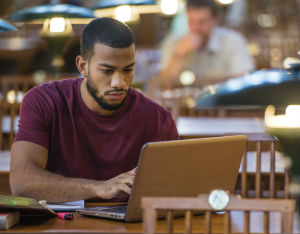 Years ago, my friend Doreen and I visited her friend, a student attending Howard University’s College of Dentistry. Doreen planned to attend dental school as well, and wanted to explore Howard.

I can’t remember her friend’s name, but I clearly remember her spacious, stylish apartment. How was she able to afford all that? “Loans,â€ she answered blithely.

I felt confused. Loans have to be paid back, I remember thinking. It didn’t make sense to me to use loans to fund a comfortable lifestyle.

At $1.2 trillion, student loan debt now exceeds credit card debt. According to Marketwatch, it goes up by $2,726 every second.

Yet, at one four-year university student borrowing has dropped 18% since 2012.

That’s the year that, according to Stateline, an initiative of the Pew Charitable Trusts, Indiana University began sending annual letters to students that estimated their total loan debt and future monthly payments.

Although the students credited the letters with motivating them to take on less debt, the university hasn’t done any rigorous study that proves what the students say.

The university made other changes that, in addition to the letters, could have had an effect on student borrowing. IU provided the following:

In addition, IU altered its financial aid process in such a way that it’s now easier for students to reject loans. The school also now urges students to sign up for 15 credits each semester–the number necessary for them to graduate in four years. And, it increased its institutional grant aid.

According to Stateline, which reports on state policy, Indiana was so impressed with IU’s results, it now requires all colleges that receive state aid to send similar letters to their students. Other states, such as Nebraska, are following suit.

Although it may not be clear that letters alone can lower student borrowing, clearly colleges can make a difference by ensuring that their students are informed.

The information gap is huge. Amazingly, some college students don’t know that they’ve borrowed money at all.

This is a critical issue in the black community. Black students borrow more and in higher amounts than students of other races. No, it isn’t ‘good debt’ if it’s amassed with little-to-no thought of how that debt could affect other life goals, not to mention quality of life, personal generosity, and personal or family legacy.

Doreen did go on to become a dentist. I don’t know whatever happened to her spendthrift friend, although I certainly hope she earned enough to pay off all her student debt. But how much better would it have been for her to start off her career in the black instead of the red?

Safeguard Your Startup Sanity and Success 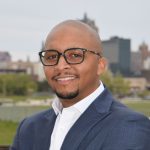