You Can Graduate from College Debt-Free 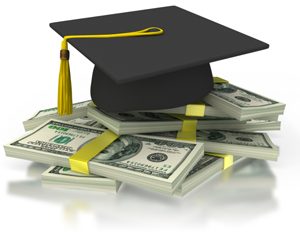 Yesterday, I did a Facebook Live interview with Kevin Y. Brown, author of 10 Ways Anyone Can Graduate From College Debt-Free and founder of Debt-Free College Academy, an online course and website.

From Foster Care to a $140k College Education

Brown’s personal story is inspiring. “I grew up in foster care from the age of nine months,â€ he told me. Although he was placed in good homes, he lived in one of northern California’s worst neighborhoods and had little exposure to financial concepts.

Yet, it was his own experience growing up in poverty that made debt–even so-called good debt to attend college–so repulsive to him. Determined and driven, Brown found a way. The first in his biological and immediate foster family to leave California to attend college, Brown enrolled at Clark Atlanta University, enjoyed a semester abroad in London, traveled back and forth from his home state to Atlanta during school breaks–and graduated from college debt-free after five years.

Now he is sharing his strategy with others.

One of the first things I noted in speaking with Brown is the vast well of ignorance he encountered among his peers. Although he himself didn’t know much more than they did, his determination to graduate debt-free kept him out of the debt trap. Here are some strategies he recommends:

Brown also advises not borrowing more money than you needÂ and using summer breaks to take required classes at schools in your hometown, if they cost less–a strategy he used.

I was really impressed with Brown, a public speaker who also lectures on maximizing one’s potential and resources. After meeting him, I renewed a commitment to myself to learn more about graduating from college and even graduate school debt-free.

Avoid the debt trap that has ensnared so many and bound up a lot of the wealth in our community. Learn more at Debt-Free College Academy.