Can Green-Collar Jobs Save the Economy? 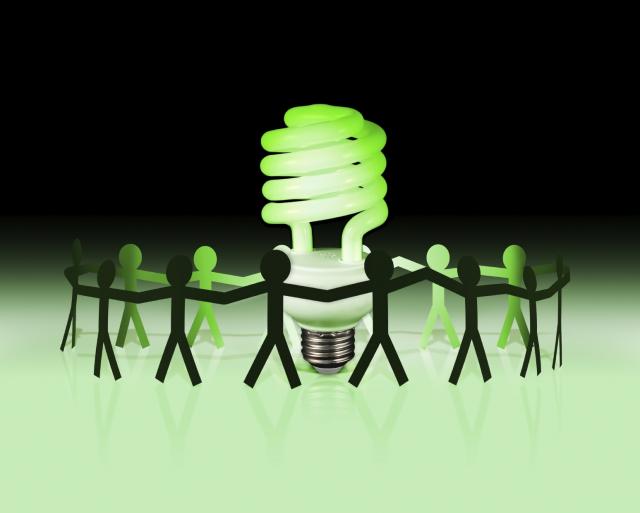 It’s not often that environmentalists and labor groups see eye to eye. But the nation’s economic free fall has brought the two groups together to encourage lawmakers to enact policies that will build a green economy and create jobs that uphold strong labor standards.

The Blue Green Alliance, a unique and strategic partnership between labor and environmental groups, believes that a green economy and green-collar jobs are the key to rebuilding the economy and revitalizing America’s middle class, much like manufacturing did decades ago.

This week the alliance is convening in Washington, D.C. for its annual “Green Jobs, Good Jobs” conference. The event included an advocacy day during which participants lobbied their representatives on Capitol Hill on Wednesday about the benefits of a green economy, a jobs expo, and sessions with representatives from unions, government and environmental groups. Its timing is fortuitous, as congressional lawmakers are in the midst of a heated debate over what should be included in the economic stimulus package, a significant portion of which the alliance hopes will include investment in energy efficiency and infrastructure upgrades.

“We’re hoping to show a very clear base of support for a big, green economic stimulus package that’s being brought together by the combined agenda of labor and environmental organizations,â€ says David Foster, executive director of the Blue Green Alliance. “I think this is an unprecedented gathering and a strong show of support for the direction President Obama has pointed the country in and the strong direction contained in the House-passed stimulus package bill. We want to encourage our elected officials to step forward and to keep going in this direction.â€

According to a report released by the Center for American Progress, a $100 billion investment could potentially create more than 900,000 construction industry jobs and more than 580,000 jobs in industries that supply American-made parts and products for wind turbines, energy efficiency, and building retrofits. An estimated 500,000 jobs in retail and wholesale would also be created. Green-collar jobs offer a broad range of career options, from carpenters, electricians, and construction equipment operators, to operations managers and chemical, environmental, and electrical engineers.

“There are plenty of jobs at every level,â€ says James Burnett, executive director of the West Philadelphia Financial Services Institution (WPFSI), which develops commercial and residential properties and provides small business loans. His organization is currently working with local small businesses to help them make their operations more energy efficient and to provide training in some entry-level weatherization jobs. In addition, WPFSI plans to make its own properties green.

“We’re looking at solar energy and weatherization and looking to create 1000 jobs in the next couple of years,â€ says Burnett, who sits on a task force that isadvocating for small business owners and residents to help cover the initial up-front costs of greening their properties.

Burnett is, however, concerned about labor’s role in a green economy because its wage and benefits