Can the Stock Market Rally Continue? 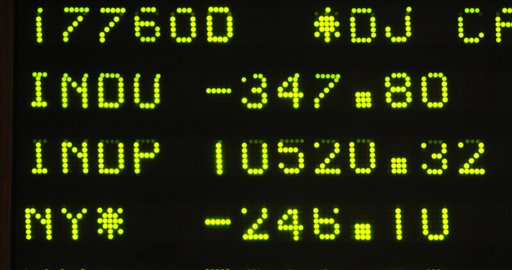 The stock market rally that began in the wake of the financial crunch marked its second anniversary late last winter.
The Dow Jones industrial average has gained more than 86% since it closed at a crisis low point of 6,547.05 on March 9, 2009.
Black Enterprise asked eight market-watching experts if the rally can last into 2012.

Jacquette Timmons President and CEOSterling Investment Management | New York
“It’s important to remember that any market rally or boom is a reflection of either our collective fear or optimism. So, yes, the current rally will continue provided the United States government doesn’t shut down or become engaged in another war, oil prices stabilize, and private industry job growth continues unabated.â€

Arnett Lanse Waters Principal
A.L. Waters Capital L.L.C. | Braintree, MA
“Oil will trade above $150 per barrel. Gold will trade above $1,600 an ounce. Unrest in the Middle East will spread. Unrest will take hold in China, too. U.S. corporate earnings will decline.â€

Larry Seruma Managing Principal
Nile Capital Management L.L.C. | New York
“We at Nile Capital believe that the market rally is going to continue over the next year. In the next 12 months we do not see the Federal Reserve raising rates, which means the cost of capital will remain low, and earnings will continue to surprise to the upside. Unemployment will also continue to fall, and that will increase consumption and encourage growth. In fact, we have already seen capital flows returning from abroad as investors’ allocations to U.S. markets continue to increase. In our view the biggest risk remains a less accommodative stance by the Fed; however, we believe that such a policy is unlikely in the short term.â€

Joe A. Gilbert CFA, Portfolio Manager
Integrity Asset Management L.L.C. | Cleveland
“I’m still positive on the market at current valuations. Earnings will grow because of growing sales. We are in a maturing bull market, which requires investors to be more selective. But opportunities remain. Economic expansions typically last seven years and we are only in the second year of this expansion. There is continued positive business momentum and the economy is still operating substantially below potential output levels. Bull markets historically die on optimism and grow on skepticism, and there is plenty of skepticism surrounding this market now.â€

Ivory Johnson Director of Financial Planning
The Scarborough Capital Management | Annapolis, MD
“In response to the financial crisis of 2008, the Federal Reserve electronically created $2 trillion of new money that wasn’t backed by anything of value, and purchased Treasury bonds from the banks. The Fed presumed that once the large banks received this money, they would lend the additional currency to consumers so they could buy more goods and services, thereby boosting economic activity. The banks instead used the money to buy stocks. Once quantitative easing and the stimulus handouts to the states end in June, the rally may be tested.â€

Lee Baker CFP
Apex Financial Services Inc. | Tucker, GA
“I expect the market rally to continue over the next year for a number of reasons. First, the Federal Reserve will continue to do everything in its power to create fertile ground for the market to adhere to its upward trend. In addition, we will see dollars that had been sitting on the sideline last year continue getting into the game. Currently, the bond market is an unappealing place to put new money due to inflation fears. As a result, that leaves stocks as the most likely landing place for those dollars. The U.S.’s position in the global economy isn’t what it used to be, but all paths still lead to, or perhaps through, America. The ongoing global economic expansion will ultimately benefit our domestic markets. One cautionary note: Sustained upheaval in the oil-producing regions could eventually put the brakes on consumer spending. This would be a result of higher prices at the pump and the grocery store.â€

J. Michael Salley Registered Principal
Salley Wealth Advisors Group L.L.C. | Summerville, SC
“Several important factors point to higher stock market valuations: We are fully entrenched in an economic recovery in the U.S. Gone are the sentiments and opinions about the possibility of a double-dip recession. The health of corporate America is very strong and will continue to improve. The majority of companies are reporting earnings above Wall Street’s estimates. I believe this trend of improving earnings will persist. Consumer confidence and sentiment are growing stronger. I recently read in a news article that this improvement is more evident in the African American community, based on several survey results. Lastly, there are trillions of dollars still sitting on the sidelines in a near-zero interest rate environment. These assets will soon be forced to move into equities as the picture continues to brighten.â€