Can We Spend Less on Health by Investing in Education? 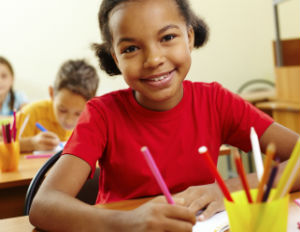 Americans without a high school diploma are living sicker, shorter lives than they did in the 1990s. They are dying sooner and experiencing more disease than people in 16 other high-income countries. Spending on programs such as Medicare and Medicaid is expected to steadily rise each year over the next decade.

The Virginia Commonwealth University Center on Society and Health has done research exploring how investments in education are investments in health–and can potentially lower healthcare spending. The research was funded by the Robert Wood Johnson Foundation.

From this research, four key data points have emerged:

The center’s research–the purpose of which is to raise awareness among leaders in government and the private sector about the important connections between health and social factors such as education, income, neighborhood, and community–shed light on how investments in education lead to a more productive workforce and also longer, healthier lives.

In addition, the center has released issue briefs that discuss more fully the causes of the links between education and health; how health insurance is needed but doesn’t make up for a lack of education; and how disinvestment in education leads to more illness, which drives up healthcare costs.

For more information about the work of Virginia Commonwealth University Center on Society and Health, visit its website.