Can Wealthy Colleges Do More to Support Low Income Students? 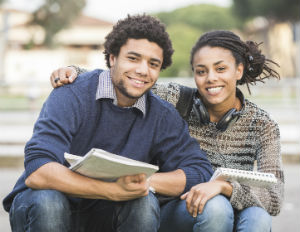 A recent report from the Education Trust sheds light on how few wealthy colleges use even 5% of their endowments to support low-income students.

But a large endowment doesn’t translate into largesse. According to the report, nearly half of these schools are in the bottom 5% nationally in enrolling Pell Grant recipients.

But the Ed Trust makes clear that the reason for the subsidy is to support the work these institutions do to contribute to the public good.

“The idea behind that compact was for the fundamental purpose of education, not building buildings, or paying faculty, or the myriad things colleges say they do with their money,â€ says Andrew Nichols, Ph.D., director of higher education research and data analytics and co-author of the report. “College is about educating students, so if we could use that money to help students afford to stay there, that would be helpful.â€

“The idea wasn’t for them to just generate all this revenue and not hold up their end of the bargain to the public,â€ saysÂ JosÃ© Luis Santos, Ph.D., vice president of higher education policy and practice and co-author of the report.

Ed Trust contends that by imposing a minimum spending threshold of 5% annually–the minimum other nonprofits are held to–these institutions could support low-income students by providing more financial aid or charging less, or both.

The Lumina Foundation’s Rule of 10

The Lumina Foundation, which works to increase the percentage of Americans who hold high-quality degrees, has developed a college affordability benchmark based on the amount of money a low-income student can earn working for 10 hours a week for 50 weeks at minimum wage. That amount: $3,625.

According to the Ed Trust report, however, only two colleges in the $500 million club met this benchmark.

In 2008, Sen. Charles Grassley and Sen. Max Baucus scolded wealthy colleges for keeping their spending flat (at 4.6%) while endowments grew 21% in 2007. For a brief period many of the nation’s top schools replaced loans with grants. Yet, after the recession hit in 2008 and the institutions experienced losses, many of those schools backtracked and reintroduced loans.