Candace Owens Is Thinking About Running For Congress 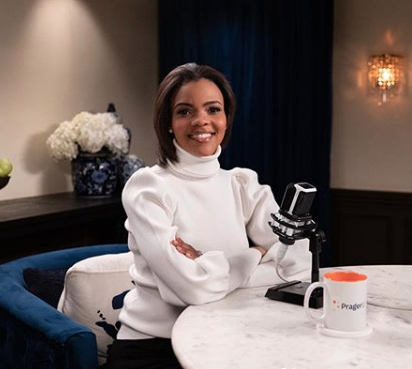 The 2020 presidential race is still going. While some political commentators already have predicted their pick for a candidate, some are considering running for office this year. Conservative activist and commentator Candace Owens is one of them.

Owens told Fox News Thursday that she had decided to look at opportunities for running for public office. She provided no details on when she would be running or who it would be against. Owens is best known for her work in the #BLEXIT movement, a push to get African-Americans to leave the Democratic Party. Her career has been embroiled in controversy thanks to her outspoken commentary on issues within the black community ranging from downplaying the current coronavirus epidemic to openly sympathizing with Nazi leader Adolf Hitler.

Owens, the former communications director at Turning Point USA, added that while she has been approached to launch a political campaign in the past, she decided to go a step further after talking with her husband, George Farmer.

“We’ve come to a junction where it’s not enough just to comment on politics but to get involved in it,” Owens said. Two positions have caught her eye: U.S. Senator or governor. But she will only run against an incumbent Democrat.

“They’re all vulnerable,” she said of Democrats. “And right now is a perfect storm to see how people are leading.”

I’m now honestly considering running for office. Never had any desire to previously, but something changed in me last night.

Had a conversation with my husband and I think it’s a plan.