Candace Owens Loses It Over Minnie Mouse's Switch to Pantsuits: 'They're Trying to Destroy Fabrics of Our Society' 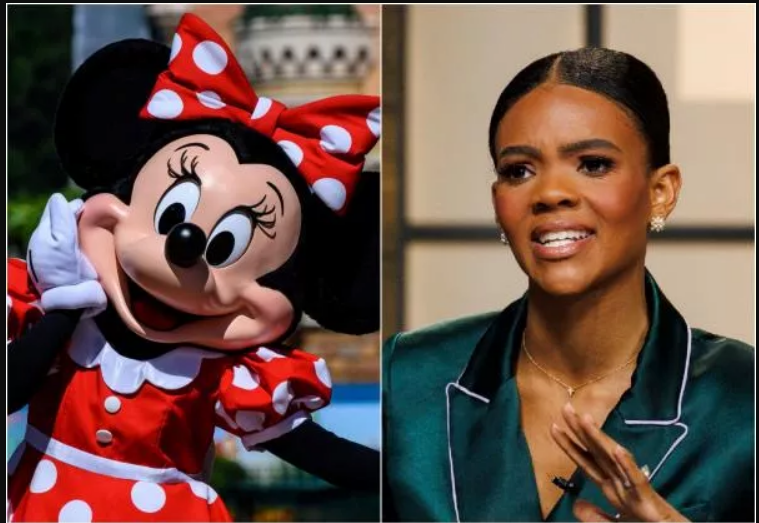 Disney has decided to redesign one of its iconic characters, and conservative commentator Candace Owens feels that doing so will “destroy fabrics of our society.”

Owens appeared on Fox News’ Jesse Watters Prime Time and went on a rant after being asked about seeing Minnie Mouse in a pantsuit, which is a switch from the dainty red and white polka dresses she usually dons.

Owens appeared quite agitated that Minnie would be wearing pantaloons, a.k.a pants, and she’s ruffled her own feathers blaming the new look as the latest distraction, complete with sarcasm saying that “we’re addressing the real problem, which is Minnie Mouse.”

“I mean, look, this is why people don’t take these people seriously. They’re taking all these things that nobody was offended by. It seems like they have to get rid of them and destroy them. Because they’re bored, they’re absolutely bored.

She continued, “The world is going forward because you’ve got her in a pantsuit. Never mind that you can’t get anything at the grocery store, and you can’t buy a piece of bacon unless you’ve got $30 in your pocket. At least we’re addressing the real problem, which is Minnie Mouse.”

Amazingly, she also claims that she was trending on Twitter because “America” wants her to be considered for the next Supreme Court justice due to people calling for a Black woman to serve.

Am I really trending because America wants me to be the next Supreme Court justice?

We’re not sure if she is serious or still dishing out sarcasm with this latest tweet.

It would be my absolute honor to accept this nomination on behalf of the American people. I assure you I meet all the necessary qualifications as I am both black and female.
I look forward to establishing further communication with the Biden administration. https://t.co/4bHhWRwcNX