Capital One Hosts Discussion on How to Really Diversify Tech 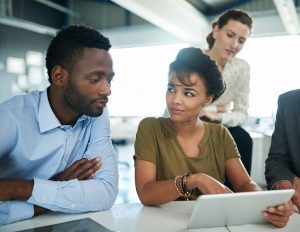 Capital One took over Austin’s famous blues nightclub Antone’s, and turned it into the Capital One House at SXSW. The company held a series of events including interactive sessions and meet-ups.

One session, “Preparing Our Communities for the Future,â€ gathered business and social impact leaders to discuss diversity in tech. Everyone knows this stubbornly remains an issue, but these leaders were gathered to offer concrete solutions.

Here are some great takeaways from the engaging discussion.

Some of the issues that are contributing to the lack of diversity in the tech sector: