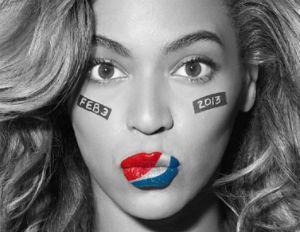 BeyoncÃ© is no stranger to controversy, and her career accomplishments over the past few weeks prove that with success comes hate. From criticism about her inauguration performance, to the pressure of performing at the biggest sporting event of the year, this 31-year-old proved that she knows how to rise to the occasion and exceed all expectations. Below are four career lessons the musical diva has taught us all about how to stand the heat in our careers:

1. Showing and proving makes a stronger statement than defensive banter: After reports filled the media about BeyoncÃ© lip syncing the national anthem at the inauguration, she shut down all doubts about her abilities and sung the national anthem live at the Super Bowl press conference. Rather than going back and forth with the naysayers about a career decision, BeyoncÃ© proved that it’s sometimes best to shut down the haters by doing the work and proving you’re the best at your job.

2. Studying never hurts: After the press conference, BeyoncÃ© conducted an interview with Deion Sanders and Rich Eisen, admitting to them she went back and studied every Super Bowl performance she could find to help perfect her routine, letting professionals know it’s always good to study the boss moves of those who’ve helped pave the way for our success.

3. You can make social media work for you: We all know the power of social media, and leading up to her big performance, the Houston native took full advantage of its benefits. From releasing online videos that showed behind-the-scenes footage of her practice sessions, to posting pictures on Instagram about the big day, Bey showed that social media can be your best bet in getting the buzz going about your next project.

4. It’s a good look to acknowledge awesome peers in your field: After her performance, BeyoncÃ© took to Instagram to acknowledge the talent of her fellow performers Kelly Rowland, Michelle, Williams, Alicia Keys and Jennifer Hudson, proving show it’s always in good professional taste to be happy for someone else’s success.