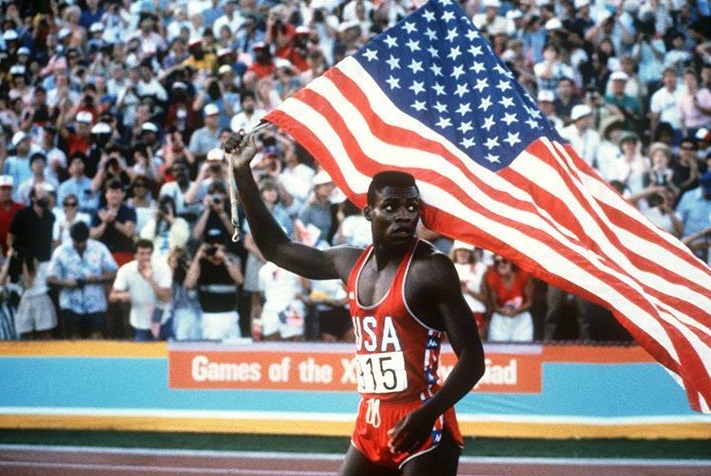 Carl Lewis is a track and field legend who is teaming up with Silk soymilk to help spread the word that HBCUs can currently be nominated to receive one of five $10,000 donations for their track and field programs. Image- Facebook

Carl Lewis, a nine-time Olympic track and field gold medalist who was once the fastest man in the world, is still moving on a fast track.

Lewis has been added to “Team Protein” as a face of Silk soymilk, which is “the No.1 plant-based beverage brand,” according to Silk.

Lewis and Silk’s new partnership is also marked by an announcement called the “Silk Team Protein” initiative. Per Silk, it’s “a new initiative for HBCU track & field teams that is designed to help promote top talent, on and off the field, through a total of $50,000 in donations.”

Team Protein’s other sports ambassadors, who also proclaim to use soymilk in their diet, are Olympic swimming champion Michael Phelps and gymnast Aly Raisman according to Silk’s campaign details.

HBCU track & field programs can be nominated to receive a monetary donation of $10,000, a supply of Silk Soymilk, and even a Q&A session with Carl Lewis. A nomination must include a 300 word or less explanation detailing the reason why the HBCUs Track & Field programs should be a recipient of the donation. Five HBCUs will be selected. The deadline to send nominations online is July 22, 2021, according to details provided by Silk.

“@Silk Soymilk and I are here to pass the torch to the next generation of athletes! #ad Introducing the Silk Team Protein initiative, a new initiative designed to help support HBCU track and field teams. If you are a student, alumni, professor or just a fan of an HBCU track and field program, nominate them TODAY at SilkTeamProtein.com. The HBCU will have a chance to win $10,000 for their track and field program, plus plenty of Silk Soymilk and a live Q&A with me!” a message on @SilkSoymilk’s Instagram’s post read with an accompanying video of Lewis.

Lewis seems to be a well-suited ambassador for Silk who could help reach the next generation of HBCU track and field athletes. On Silk’s website, it stated that Lewis has been a Silk consumer for more than 25-years. He earned “nine gold medals, including at the 1984 Olympics in Los Angeles,” according to Biography. And in 2001, “Lewis was inducted into the USA Track & Field Hall of Fame.”

CHRON. reported that “Lewis currently coaches track and field at the University of Houston.” Some students he works with from the track team are heading to the Olympic trials, according to the article.

Click here to learn more about nominating an HBCU for Silk’s program.