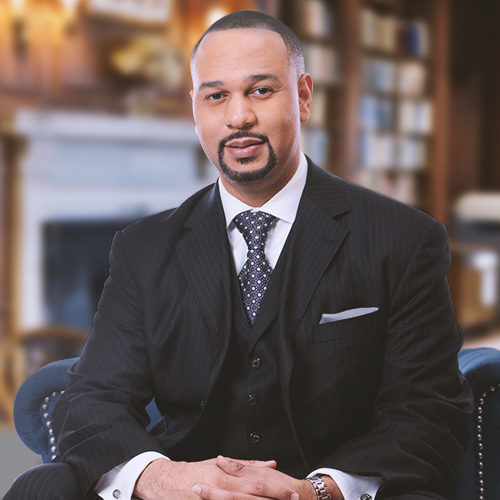 This week, New Orleans began the process of dismantling four Confederate Civil War era memorials, which, to many citizens, symbolize upholding the dehumanizing practice of slavery. Perhaps New Orleans city officials took a cue from attorney Carlos E. Moore, who, for a long time, has been embattled in one of the most controversial fights of our generation in the neighboring state of Mississippi.

A Moss Point, Mississippi native, Moore is on a mission to sue the state of Mississippi, in an effort to remove the Confederate flag, erasing the symbol representative of a long history of racism, hypocrisy, and violence that has haunted southern African Americans since the American Civil War.

Carrying the civil rights torch previously lit by Dr. Martin Luther King, Jr., Moore’s quest for justice has not been an easy road. He has even been met with death threats. However, he still continues this pursuit to ensure his colleagues, daughter, and others in the community that they have the right to exist in a land free of age-old discriminatory practices.

“[I] challenge the status quo and always fight for civil rights, equality, inclusion, and justice on a local, state, and national level. I am currently running to become the President of the National Bar Association, which is the largest and oldest association of primarily African American lawyers and judges in the country. If successful, my reach in my industry [expand] internationally,” Moore says.

BE Modern Man sat down with Moore to hear his story, and learn more about how he plans to bring closure and comfort to African American residents in his beloved state and beyond.

BE MODERN MAN: What inspires you?

CARLOS MOORE: The innate sense of how things should be, versus how things are in America is what inspires me. Justice Thurgood Marshall, attorney Johnnie Cochran, and attorney Fred Gray are three of the greatest influencers who inspire me in my professional life. My mother and father inspired me during the formative years of my personal life. My daughter Avery is who currently inspires me in my personal life, and my beautiful wife Natalie is my biggest cheerleader.

BEMM: The BE Modern Man tagline is, “It is our normal to be extraordinary.” What makes you unique and helps you stand apart from the crowd?

CM: My passion and zeal for what I do is what makes me stand out from the crowd—I am unbought and unbossed. I am not afraid to stand up to any man in shoe leather to fight for equality and justice.

BEMM: Why is it important to show your daughter and other African American children the power of using your voice to fight for justice and promote unity?

CM: God gives us a voice and puts us in certain positions for a reason. God did not just allow me to become a lawyer to get wealthy or make a comfortable living. I firmly believe I was called to the profession of law to be a change agent and make Mississippi—and ultimately America—better than when I found them.

In short, I believe the scripture that says, “To who much is given, much is required.” I want my daughter and other black and brown kids to know that anything worth having is worth fighting for—[you] don’t ever just accept the status quo. Justice and equality are so very important to me, that I can never sit idly by, and let any injustice go unchecked. My daughter needs to see that a real man fights for what he believes in. Hopefully, one day, when she is much older and considering who to marry, she will look for a real fighter that isn’t afraid to stand up for her, as I do [right now].

BEMM: Describe your desire to abolish the Confederate flag from the state of Mississippi.

CM: I despise the official state flag of Mississippi, which bears the Confederate battle emblem, and everything it stands for: white supremacy, slavery, [and the] lynching, rape, and murder of my ancestors.

I have filed a federal lawsuit to have the vestige of slavery declared unconstitutional, as I believe the current state flag, with that symbol of white supremacy, violates my 14th amendment right to equal protection or equal dignity under the law. I am not anyone’s second-class citizen, and I don’t appreciate my state implying [just that] with the current configuration of the Mississippi flag. Slavery was wrong—it’s time Mississippi realizes that, and stops trying to continue to glorify it. I am hoping the United States Supreme Court will agree to hear my case. I will be filing a petition with SCOTUS by the end of June.

BEMM: What made you decide to pursue a career in law?

CM: I was a big fan of Perry Mason as a young boy. I absolutely loved his show, and I have always liked to talk and debate others. I have also always been passionate about politics and uplifting the black community, so a career in law was just a natural choice.

BEMM: If this case is successful, what would you like the world to know and understand about the continuous fight for civil rights?

CM: The struggle continues. Dr. Martin Luther King, Jr. played an integral part in advancing civil rights in this country, but he did not complete the job. I believe each generation has a part to play, and we pass the baton on to the following generation. I am simply running my leg of the race now, and I hope that in my era, we will make things better for my daughter and her generation. When I pass the baton to my successor, I want to pass it on knowing that I did all I could to make things better than they were when I was handed the baton. That is all one can do.

BEMM: How do leaders, like yourself, break through the static to make an impact among your peers?

CM: I don’t listen to the noise or the static. I always keep my eye on the prize, and keep my faith in God. God has never failed me yet, and with Christ, I know that all things are possible.

Plus, one of my favorite sayings is, “Nothing beats failure, but a try.” I have never been so afraid of failure that I was unable to do any earthly good. Fear cripples many people. What makes me unique is that I am fearless. If I can sue the governor of Mississippi, I can sue or tackle anyone who stands in the way of real justice and equality. That is just as true today, even after my recent experience enduring five death threats last year, as a result of my federal lawsuit against the governor of Mississippi to take down that despicable Confederate flag.

BEMM: As a man with a strong character, how do you see your own impact within your community?

CM: “What they see is what they will be.” That is the motto of the 100 Black Men of America, which is an organization I belong to. I believe that other young men and women of color will take a stand for what they think is right, and seek to become lawyers and change agents in their own right, because of what they have seen me try to do. Just as I gained inspiration from Dr. King, Thurgood Marshall, and others, I hope that someone is inspired, in part, by the battles I’ve fought on a daily basis—whether it be to change the state flag, fight against police brutality, or [challenge] any injustice.

BEMM: What is the key piece of advice you can offer to the younger generation and other BE Modern Man hopefuls that look to cultivate a successful career?

BEMM: Why is it important that BE Modern Men like you are represented in your industry?

CM: The legal profession is one of the least diverse professions in America. African Americans make up nearly 13% of the population in this country, however only 3% of the lawyers in this country are African Americans. BE Modern Men must be represented in the legal industry, because—unless you have walked a mile in someone else’s shoes—you can never fully understand their plight. I know that equality is an American ideology, but it is not an American reality. Law and politics touch every facet of life and, unless we have a seat at the table, we will always get left in the dust. Young brothers need to know that we can be more than ball players and entertainers—there are other ways to do good and be successful.

BEMM: What does being a BE Modern Man mean to you?