Carol H. Williams is Inducted Into the American Advertising Federation's Hall of Fame 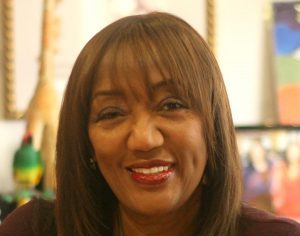 Do you see the industry recognizing the buying power of black women?

Some companies do, some companies recognize the impact that African American women have on the marketplace at different degrees. But the big thing is African American women must recognize the impact they have in the marketplace. They must recognize what their buying strength collectively is. They must recognize companies that have been made on the backs of their efforts. If you don’t recognize that, then these companies do whatever they have to do to maintain the status quo. When we recognize what our buying power is and what impact we have on companies, then we can have better conversations with these companies in terms of hiring, how they treat us, and also what they put on the air. When that happens then it’s a better, more controlling situation but it doesn’t happen as individuals, it happens as a collective voice.

We see more multicultural advertising now, what are your thoughts on this; is the industry being more inclusive?

A lot of mass market people believe that the most desirous thing by blacks is to be included in white culture or to co-opt black culture. You see a lot more multicultural advertising but that’s not multicultural advertising, that’s total market advertising. That advertising is absent from any cultural insight, it’s done to say I have a black in this commercial and it ignores the fact that most blacks don’t live that way. Advertising that takes in cultural insight as a primary motivator for it to exist is one that impacts blacks. And quite often, those insights that you dig deeper into African American culture to get don’t just resonate with African Americans, they resonate across the board.

How have you managed to remain a constant and stay in business in spite of changes?

I am a creative. That makes me innovative. I automatically think different. If you use your creativity right, you’re ahead of it. The market is ever changing, ever evolving, and creativity has to do so in order to pursue that excellence. So I don’t necessarily look at myself as a business person first although you have to know business. And I don’t look at myself as a suit first. I always followed my creativity and I don’t necessarily follow the market, the market follows me.

You are often lauded for your skillful ability to blend the business and the creative. What is your secret sauce that allows you to merge these two opposite aspects and attain success doing so?

The Secret campaign: how did you come up with the idea and what are your thoughts on the success of it?

That campaign was an amazing journey for me because I remember when I first walked into the environment of the brainstorming room on that campaign–first of all, it was all men. And their commercials were all these delightful little creatures running around with beautiful little flowy dresses on and never sweating. The women I grew up with were running in the parks and playing double dutch, which was as strenuous as any sport. We played baseball, and we didn’t see those images of us on TV.

I grew up around hard-working women, women who were lugging groceries, lugging babies, lugging laundry, and those women worked hard and sweated. At the end of the day they would shower and look beautiful for their boyfriends and husbands, and that’s what I wanted to show: women who were hardworking, women that recognized that they needed an efficacious antiperspirant deodorant and that it was as efficacious as any man’s antiperspirant.

I wanted to show that it was important for them at the end of the day to be beautiful women while they did all the hard lifting, whether at jobs or home. I portrayed those women through my eyes and thus was born “strong enough for a man but made for a woman.â€

Implied in there was that these women were strong women and if you think about subsequent advertising saying strong is beautiful, the onset of that advertising was that Secret campaign.

Find out Carol Williams’ advice on making it in the ad industry and in corporate America, and what she gets most out of her job, on page 3