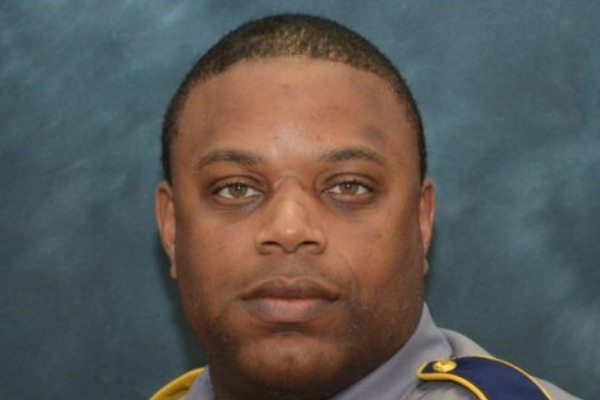 Hundreds of drug cases have been thrown out after a former Black narcotics officer within the Baton Rouge Police Department revealed the shady corrupt police practices that were taking place.

Revelations made by former officer Jeremiah Ardoin have resulted in an investigation into the Baton Rouge Police Department, officers being transferred, one police officer being arrested, in addition to 640 dismissed drug charges, WBRZ reports. Ardoin’s exposé comes after he was arrested and charged with a misdemeanor for buying stolen merchandise on the street. But he says the arrest was a setup in response to him wanting out of the department’s corrupt policing.

“At least three to four nights a week they would have us riding through the neighborhoods,” Ardoin recalled. “If you saw a random Black person walking around the street and hasn’t done anything, they would tell us just to jump out the vehicle, grab them and pat them down without probable cause. I voiced my opinions several times, and I didn’t agree with that.”

Ardoin’s complaints against the department started last August where he expressed his concerns about the narcotics division. He revealed practices where drugs were illegally stolen or planted on suspects, officers conducted “snapping” procedures where cops would “jump out” on random people (mostly Black) and subject them to unlawful search and seizures. He also told investigators that he watched his colleague, Jason Acree, steal drugs from the evidence room. The revelation led to Acree being arrested for malfeasance in office, drug charges, and obstruction of justice, Atlanta Black Star reports.

He also put in a request for a transfer. But shortly after word of his complaints spread, Ardoin was approached by a woman who wanted to sell him two cameras and a television. By December 2020, Ardoin was arrested for possession of stolen items.

“It was two Ring floodlight cameras and a TV,” Ardoin said. “It was about $500. It was a brand new package in the box, still had plastic wrap around the items, Styrofoam in the boxes. It wasn’t something I would have known was stolen.”

He recalled department detectives informing him that the items he purchased were stolen.

“As time went on, I started looking into things,” Ardoin said. “I realized the informant, the person that I purchased items from, was a confidential informant for detective Jason Acree.”

From there, Ardoin was convinced that his arrest was part of a larger coverup and retaliation from the department. “They realized I had spoken to administration and it could possibly cause them from being moved out of the division,” Ardoin said.

“Think about what this has cost,” Ardoin’s attorney Ron Haley said. “This cost folks jobs, housing, the bond money put up to post in some of these cases, attorneys fees to defend these cases, and these are things folks can’t get back.”

The Baton Rouge Police Department released a statement on Monday confirming that an investigation has been launched.

On Thursday, Mayor Sharon Weston Broome confirmed that “if the investigation determines the allegations are true, then those responsible for wrongdoing must be held accountable.”