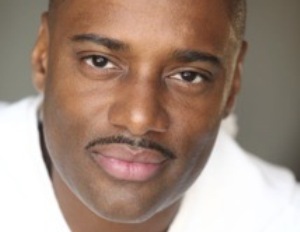 The cast for Tyler Perry’s next TV show has been announced. “If Loving You is Wrongâ€ will appear on the OWN (Oprah Winfrey Network).

The new series, premiering September 2014, follows the relationships of a group of husbands and wives that live and love on the same street. While the neighbors come from very different backgrounds, their lives are similar: raising children; dealing with exes; worrying about money; and keeping romance in their relationships. But just below the surface — secrets, lies, and deception threaten to destroy what they have built.

Here’s a listing of the cast:

Amanda Clayton (“John Carter”) plays Alex who is married to Brad, played by Aiden Turner (“All My Childrenâ€). Together they have two children. The couple’s relationship seems solid, but a secret threatens to derail their marriage.

Heather Hemmens (“Hellcatsâ€) plays Marcie, a real estate agent married to Randal, played by Eltony Williams (“24â€). Together they are struggling with Marcie’s inability to have children.

Zulay Henao (“The Single Moms Clubâ€) plays Esperanza, ex-wife of Edward, played by Joel Rush (“Days of Our Livesâ€).Â  She and Edward are parents of an 8-year-old girl. Esperanza is terrified about what her ex will do when he finds out about her new boyfriend, Julius, played by Octavio Pizano (“East Los Highâ€).

Edwina Findley (“Tremeâ€) plays Kelly, mother to a young son. Her boyfriend, and father to her son, has been away on a relief mission in Haiti for a year.

April Parker-Jones (“Jerichoâ€) plays Natalie, a single mother of three kids at home and one adult son in prison. She constantly struggles to pay the bills and her ex Lushion, played by Charles Malik Whitfield (“Law and Orderâ€), is trying to love her while taking care of their son, Frank.