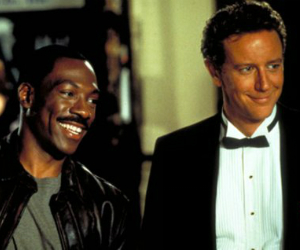 Looks like CBS is passing on the ‘Beverly Hills Cop’ TV series.

The series, which stars Brandon T. Jackson, will not be picked up by the network. But the show’s producers are not losing hope as they are considering shopping the pilot to other outlets.

It was reported earlier that Eddie Murphy was slated to make an appearance as Axel Foley as the series centered around Foley’s son, played by Brandon T. Jackson. Judge Reinhold, who played Detective Billy Rosewood in the movie, made an appearance in the pilot episode.

Read more details at The Wrap