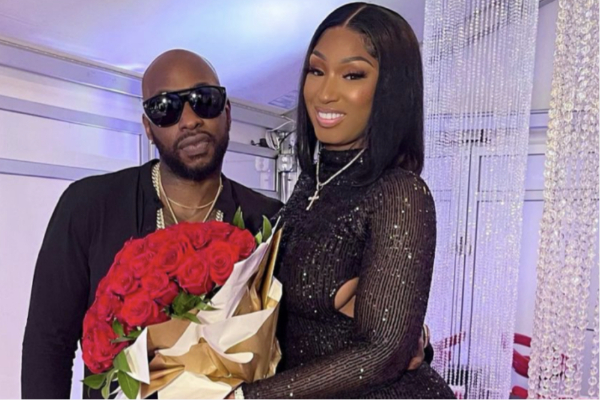 Ceaser Emanuel is having a fall from grace after getting axed from his VH1 show Black Ink Crew. In addition to losing his TV gig, the Black Ink owner also faces abuse allegations from his ex-girlfriend, Suzette Samuel.

Emanuel is fresh off the heels of being fired from the show named after his tattoo franchise Black Ink. VH1 severed ties with Emanuel after leaked Ring footage showed him beating one of his two dogs outside his home.

Amid his firing, he recently appeared on the OnThaRadar Podcast and insinuated that the video was leaked immediately after he confirmed he was single and had broken up with Samuel.

“They always dangled it over my head,” Emanuel said. “You know how it felt having that dangled over your head? Like yo, you bugging. And it’s for years.”

“And finally, after I say I’m single, the next day that drops.”

While Emanuel didn’t name Samuel by name, his statement still seemingly insinuated his ex had something to do with the video leaking. Once she was aware of the interview, Suzette took to her Instagram Story on Monday to air Ceaser out.

In a post that included a photo of a bruised leg, Suzette labeled Ceaser as an “abuser” who’s trying to paint a false narrative of her.

“I tried not to do this to you but here we go,” she wrote. “You know I know EVERYTHING you’re an abuser!!!”

“Member Christmas time when u found that dude in my dm?! This was the result. U played with the wrong one! You used the network to manipulate me and threatens to use the show to destroy my brand for months. I left you your birthday weekend stop playin!”

Samuel also denied leaking the dog abuse video and revealed alleged threats Emanuel made to her following their split.

“I’m not the only one who had access to that video. Three people have that video. Ceaser is beefing with two of them,” Suzette told The Shade Room.

She noted all of Emanuel’s enemies and how one of them tried to break into Ceaser’s home last year, which prompted her to move out.“

Why would I leak the video?! He was threatening me that if I left, he would have production make me look crazy this season,” Suzette explained. “So I sent a text saying, ‘You know I have this video of you, so when the show airs in September, if y’all ni***s make me looking crazy, I’m ending all of y’all.”

From the sounds of it, Ceaser upset someone who stayed true to their word to destroy his brand. It resulted in him getting fired from a show named after his business.