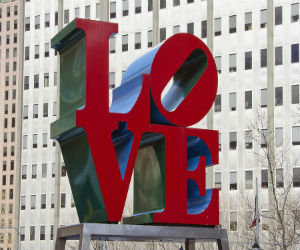 Black Americans view travel as more than a vacation of fun in the sun. For most, it’s about personal growth and enlightenment. Yes, we want to have fun, but equally as important is what we take home from our travels — expanded knowledge, new experiences, a better understanding of our own culture and history, and that of others.

Philadelphia in particular has a lot of historic African American attractions for visitors. From the Johnson House to the Ben Franklin Museum, discover the top 10 historic attractions inÂ Philadelphia during Black History Month.

The President’s House – Explore the paradox of slavery and freedom at the nation’s first executive mansion, in which President’s George Washington and John Adams lived during their terms and where nine enslaved people served the first president [runs throughout February].

The Johnson House – An important stop on the Underground Railroad; housed Harriet Tubman [runs throughout February].

Marian Anderson House – The first home belonging to the first African American to sing with the MET Opera [runs throughout February].

The African American Heritage Trail Tour takes you through the historic 7th Ward, the neighborhood of interest in W.E.B. DuBois’ bookÂ The Philadelphia Negro. Stops on the tour include DuBois’ Philadelphia residence, the Benjamin Banneker Institute and more [runs throughout February].

Benjamin Franklin Museum – While this founding father is known for owning slaves, he eventually went on to serve as president of theÂ Pennsylvania Society for Promoting the Abolition of Slavery.Â In this newly renovated museum, visitors can learn more about Franklin’s contributions to society and his evolving views on slavery [runs throughout February].