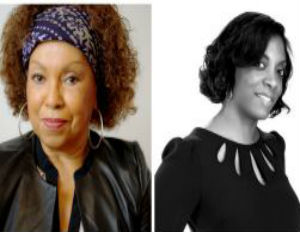 In honor of Latin Heritage month, join the Afro-Latinas Who Rock Awards Brunch, highlighting Afro-Latinas revolutionizing the world around them. Hosted by Honduran-American, Janel Martinez, a technology journalist and founder of Ain’t I Latina, the brunch will be held on Oct. 3, 2015, at Taj Lounge in New York City.

“Can you name an Afro-Latina main character on Spanish-speaking or English-language TV? Have you ever seen one gracing the cover of a mainstream magazine?â€ said Martinez when BlackEnterprise.com asked her why she created the Afro-Latinas Who Brunch Awards. “Afro-Latinas exist, but our invisibility within media is problematic. Actresses like Gina Torres and Judy Reyes have long been typecast for African American roles because of their darker complexion (not Latina enough) and Euro-centric standards have often favored fairer skinned Latinas when it comes to magazine covers and TV shows, among many other places. However, we’re out there. As a millennial media professional, I wanted to show that our narrative does matter; hence, why I launched “Ain’t I Latina?’ Afro-Latinas/Black Latinas (Blatinas)–however one chooses’ to identify–hold leadership positions in so many industries and [are] doing amazing work, so during Latino Heritage Month I wanted to celebrate that through the #AfroLatinasWhoRock Awards Brunch.â€

With Planned Parenthood as a major sponsor, the event will recognize several women doing groundbreaking work within their communities. Here’s a snapshot of a few trailblazers:

The brunch is $45 and includes a soul foodÂ buffet and bottomless cocktails. A portion of the proceeds will go to the Mani Mami initiative, a program which gifts women in rural areas of Latin America with manicures, pedicures and products. Visit Eventbrite to reserve your spot.