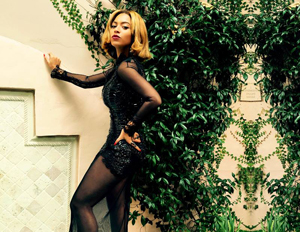 According to reports,Â BeyoncÃ©Â has led a charge in helping the homeless of her hometown, Houston, giving $7 million in the past few years to the Knowles-Temenos Place Apartments.

“She’s an incredible human being,” Rev. Rudy Rasmus, who established the project as a nonprofit to provide housing,Â told reporters. He was reportedly the pastor who married BeyoncÃ© and Jay-Z in 2008 and has worked personally with the singer in her efforts to help the city’s homeless. “[She] has an incredible heart and has been extremely helpful in our mission and our ministry here.â€

Rasmus, along with St. John’s United Methodist Church, launched the Temenos Community Development Corporation, which was “created to identify affordable housing opportunities for extremely-low to low-income persons as well as homeless individuals,” according to its website.

The corporation invests in building and/or managing affordable housing projects in partnership with the Bread of Life Inc. to provide housing needs of those who receive services through BOL and the homeless community in and around Houston.

In the Houston area there are more than 4,600 homeless people, according to the Coalition for the Homeless of Houston/Harris County.

BeyoncÃ© got involved with the project after seeing the devastation of Hurricane Katrina. The city has reportedly seen significant progress since 2011 in terms of alleviating homelessness. A 2015 Houston Homeless Count showed a 14% drop from 2014.

“Houston is leading the charge to end chronic homelessness,” Marilyn Brown, president and CEO of the Coalition, said in a news release. “Our success as part of the 100,000 Homes Campaign proves that permanent housing coupled with support services works.”