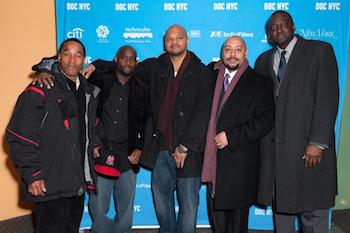 The men known as the "Central Park Five" were exonerated recently, and awarded (Image: Shutterstock)

The five black and Latino men who were wrongfully convicted 24 years ago have reached a $40 million settlement with New York City.

The now middle-aged men were only teens when they were arrested in 1989. The conviction propelled civil rights activists to defend their innocence and whipped New York into a racial frenzy. Accused of raping a 28-year-old woman in Central Park, Antron McCray, Kevin Richardson, Raymond Santana, Yusef Salaam, and Kharey Wise spent their formative years behind bars.

Since their convictions were overturned, the Central Park Five battled the city after filing civil rights lawsuits following their exoneration in 2002.

Supporters such as Ken Burns (who directed a 2012 documentary about their case) and Rev. Al Sharpton celebrated their awards, yet commented on the fact that money doesn’t replace the years lost.

Police railroaded the Central Park Five into confessing that they attacked the 28-year-old victim. While the group has been exonerated, there are still detractors who believe that their monetary compensation is unfair and unwarranted.

“This chapter of our racist history needs to be closed and never repeated again,” said Sen. Bill Perkins. “Hopefully this will never happen to anybody ever again.”