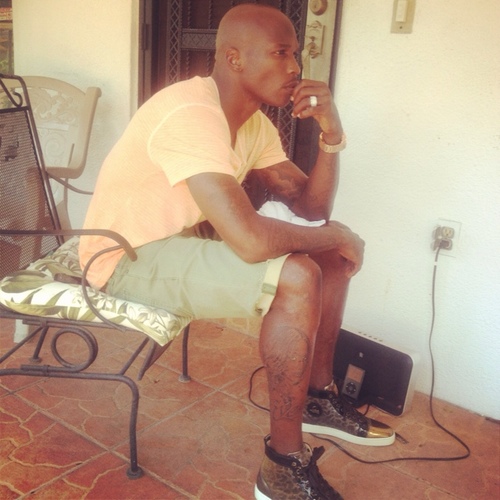 While it appears that Evelyn Lozada has moved on from her estranged husband after a domestic dispute, Chad “Ochocinco” Johnson isn’t quite ready to throw in the towel. Johnson posted a photograph on his Twitter account with a tattoo of Lozada on his leg. He reportedly got the tattoo over the weekend. The tattoo appears to be a caricature of the Basketball Wives reality star, however, it has not been confirmed whether the tat is real or not.

Though the gesture appears to be an attempt to win back Lozada’s heart, sources reportedly claim she has no intention to reconcile with the former NFL player. Lozada, who recently appeared on Nightline to address the incident in which he headbutted her during an argument, filed for divorce last month. Johnson also loss his contract with the Miami Dolphins.