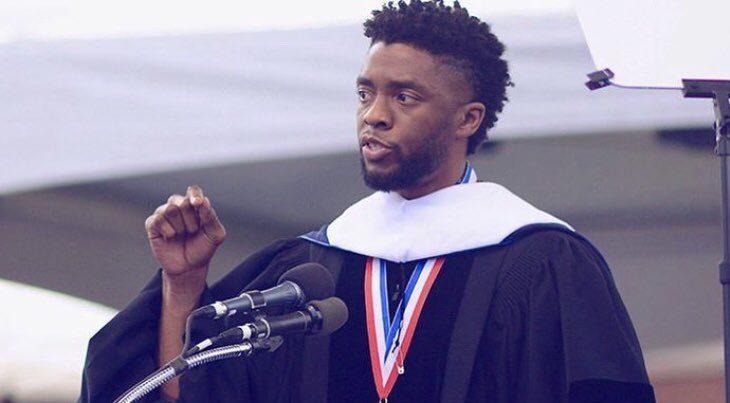 The tragedy of actor Chadwick Boseman (Black Panther) dying young from cancer isn’t the last chapter for his family. Sadly, Boseman didn’t leave a will and his widow has filed a probate case, according to Yahoo Entertainment.

The Black Panther actor’s widow, Taylor Simone Ledward, filed a petition for probate on Thursday in Los Angeles. The actor, who was 43 when he lost his battle to colon cancer on Aug. 28, died “intestate” — meaning he died without having a will.

Boseman was diagnosed with stage III colon cancer in 2016 and battled with it for four years as it progressed to stage IV. ⁣He died in his home, with his wife and family by his side. ⁣Ledward, who quietly got married to Boseman amid his secret, four-year cancer battle, requested to be made an administrator of his estate. According to the documents that were filed, the estimated value of Boseman’s estate is approximately $938,500. She is asking the court to name her administrator of the estate with “limited authority.”

The documents also state that Boseman is survived by his parents, Leroy and Carolyn Boseman, and his wife, Ledward. No other family member was listed. That may surprise Boseman’s brothers, Derrick and Kevin, who recently talked about Chadwick in a story for The New York Times.

Due to it appearing that Boseman never made a will before his untimely death, his surviving spouse should be able to inherit all the assets of the probate estate.

Sienna Miller, who starred alongside Boseman in last year’s cinematic cop thriller, 21 Bridges, had recently revealed that as a producer for the movie, Boseman was instrumental in casting her for the role of detective Frankie Burns. She also mentioned, outside of not wanting to pass up the opportunity to work with him, he also “ended up donating some of his salary” so she would be properly compensated for her work.