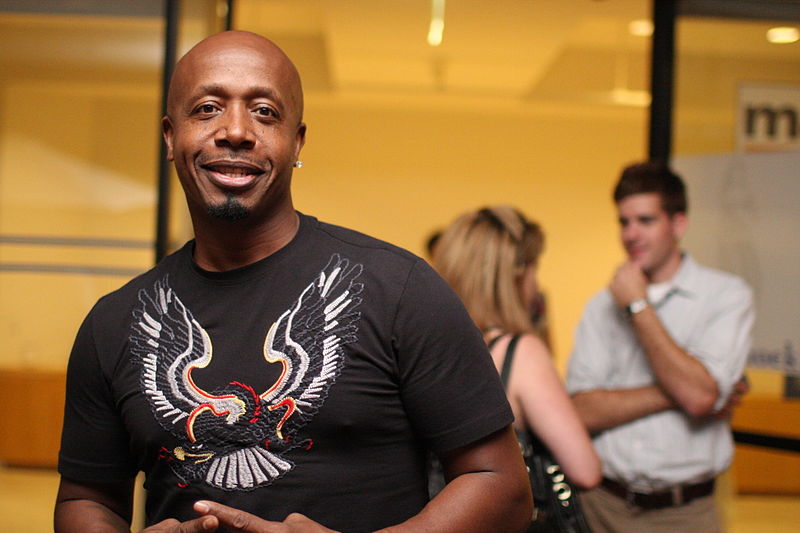 MC Hammer hasn’t been a topic of conversation in a while, but yet, it appears the “U Can’t Touch This” artist is doing better than many would expect. Rapper and businessman Hakeem Seriki, aka Chamillionaire, told Roc-A-Fella cofounder Damon Dash that Hammer, born Stanley Kirk Burrell, owns a piece of Twitter.

In a recent discussion with Dash on his Boss Talk series, Chamillionaire said he ran into MC Hammer at Facebook’s headquarters during a tech event. The two argued for hours because Chamillionaire felt like Hammer wasn’t revealing information on investing in the tech industry. Hammer said he was frustrated because rappers wouldn’t take his advice on investing their money.

Chamillionaire revealed to Dash: “He was like, ‘I give the game about these tech companies to all these artists and they don’t be getting it. They be like, ‘Pay me to tweet.’ Meanwhile, he owns a piece of Twitter.”

After Dash makes reference to people assuming that Hammer is broke and other negative views of him, Chamillionaire set the record straight: “Most of the people that complain about people or y’all bad about successful people, they won’t even accomplish like one percent of that in their lives.”

“People that will never ever [have] a smash hit single and if somebody gets one they’ll be like. ‘Uh oh you only have one.’”

Check out the interview below:

Chamillionaire is no stranger to making investments. Just last year, Chamillionaire held a $100,000 competition to assist a minority-founded startup company. Last year in an interview with CNBC’s Squawk Alley, he discussed his take on investing in minority- and women-led companies. “Being an entrepreneur isn’t easy, but it’s even harder for minority- and women-led companies,” he said. “These people are solving new and unique problems and I think the only thing in their way is capital.”

“When people say they can’t find African American startups to invest in, it just sounds a little crazy to me,” Chamillionaire said. “At one point I was getting 30 candidates a month, but when I said I only wanted to invest in women or minorities, I started getting just two candidates a month.”