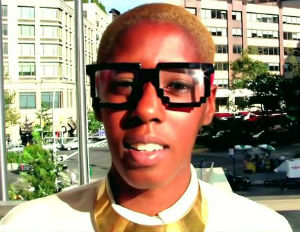 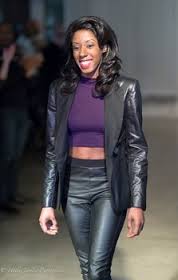 Mercedes-Benz Fashion Week officially kicked off in New York City last Thursday. Each season the fashion world introduces fresh and creative talent on the runway. One of the bright, new faces that is gracing her presence onto the fashion scene this month is England’s designer Chantell Walters.

As the phrase is often coined “the British are coming,â€ it’s true. Walters is making her mark with her collection that is classic and simplistic as well as edgy yet sexy. Walters launched her new Fall/Winter 2014 collection for New York Fashion Week at a runway show produced by fashion and design expert Tai Chunn, founder and owner of MVC Management Productions.

Fashion Week has gotten flack in past years for not featuring enough diversity on the runway, but recently there has been a great effort to change this. According to industry insiders this season promises to have more of a representation of diverse ethnic groups as well as more plus-sized models.

Walters was born and raised in London where she developed a love of fashion and design at the early age of five. She attended the London College of Fashion, earning a degree in women’s wear. She was first recognized as a future star at the Niquitin CQ Fashion Awards.

In 2009, Walters launched her own label with a collection of draped cocoon cardigans, which became her signature style. Part of that signature style is creating pieces that embody both innovation and femininity. She uses meticulous details, futuristic concepts and precise tailoring to capture her creative vision.

Walters says that she creates her collections to empower women, to radiate confidence and to honor the female figure. In hopes of inspiring and nurturing an entirely new generation of young designers, she is creating classes geared toward teenage girls.

As she looks to grow her label, Walters is traveling around the world and is on the fast track to becoming a luxury fashion house.

“The luxury goods market is still growing in places like China and other developing areas of the World,â€ she says.Â “This is great news for my brand. I am excited about how much technology is helping small businesses to access people across the globe. I use Twitter Facebook and Linked-in. I would like to have a live stream of a fashion show so my customers can view it across the world.â€

Visit Walters’ website for more information as well as updates and links to her social media presence.