“No sitting president has ever done this… No Republican president has done this. No Democratic president. We’ve had racists and they’ve existed and they’ve tried to get elected president. He’s the first one that has,” Democratic presidential hopeful Joe Biden said earlier this week during a virtual town hall organized by the Service Employees International Union. In response to that statement, The Breakfast Club’s Charlamagne Tha God took a moment on the radio show Thursday to chastise Biden and give him the infamous “Donkey of the Day” title, according to Fox News.

“I really wish Joe Biden would shut the eff up forever and continue to act like he’s starring in the movie A Quiet Place because as soon as he opens his mouth and makes noise, he gets us all killed, OK?” Charlamagne said. “There’s already so many people who are reluctantly only voting for Joe Biden because he’s the only option and because Donald J. Trump is that trash.”

Charlamagne goes on to state that the enthusiasm to vote for Biden isn’t particularly high and that Biden needs to watch what he says and how he comes across. He also emphatically states that racism is a staple in this country.

“Racism is the American way! OK, Donald Trump is not the first and sadly, he won’t be the last. Alright. He’s just more overt with his racism than most presidents we’ve had in recent times.”

He then gives advice to Biden.

This comes two months after Charlamagne did a virtual interview with Biden for the radio show that caused its own controversy. After discussing several topics, Biden remarked to Charlamange that, “If you have a problem figuring out whether you’re for me or Trump, then you ain’t Black.” Biden apologized hours later, according to Politico, saying he had been “much too cavalier.” 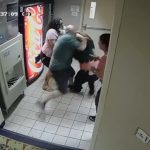 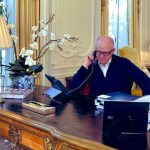