Cheerleader Choreographer Under Investigation After Pushing Boyfriend Off Elevated Walkway 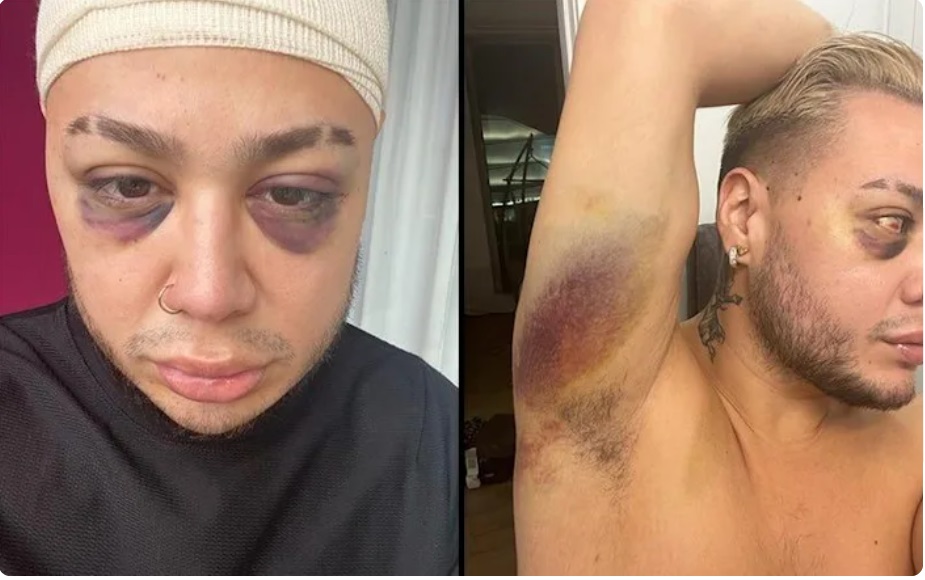 A well-known choreographer in the world of All-Star cheerleading is under investigation for physically assaulting his boyfriend and live streaming the aftermath on social media.

Brandon Hale was taken into custody in Tulum, Mexico earlier this month and charged with “crime of injuries,” after assaulting his spouse and throwing him over a third-floor walkway, USA Today reports. Hale is also under investigation within the cheerleading world for live-streaming the aftermath of the violent incident on Facebook.

Hale had been vacationing in Tulum with his now ex-boyfriend Nicolas “Nico” Gallardo. The two arrived on September 3 and just two days after, the vacation ended horribly. The couple got into an argument at dinner. Gallardo says he went back to their hotel in a cab alone and went to sleep. But says Hale woke him up around 1 am by beating him out of his sleep.

“It felt like premediated murder. I swear. He walked in ready to kill,” Gallardo said.

Gallardo tried escaping through an elevated walkway that connects the resort villas but Hale reportedly pushed Gallardo off the walkway and left him badly injured. In since-deleted videos Hale live-streamed on Facebook, the cheer choreographer claimed Gallardo fell or had been pushed, Yahoo News reports. He panned the camera over to show Gallardo lying naked on the ground below. Later the video showed someone providing medical care to Hale’s boyfriend.

Photos show Gallardo badly injured as a result of the attack. He was left with two black eyes and bruises on his arms and upper torso.

Gallardo says two days after the violent incident, a Florida gym owner contacted him and offered $5,000 to agree to Hale’s release from custody. Gallardo agreed and was sent the money.

But Hale is still under investigation by the USASF one year following his suspension for a separate incident. At the time, a former cheerleader told the organization Hale had sex with him when he was a minor. However, USASF reportedly waited three months to suspend Hale and reinstated Hale after an investigation.

He doesn’t deserve to be around kids. He does not,” Gallardo said. “This guy is an aggressive, dangerous person.”

Hale’s latest case has the USASF under review as critics accuse the organization of allowing abuse against its athletes.