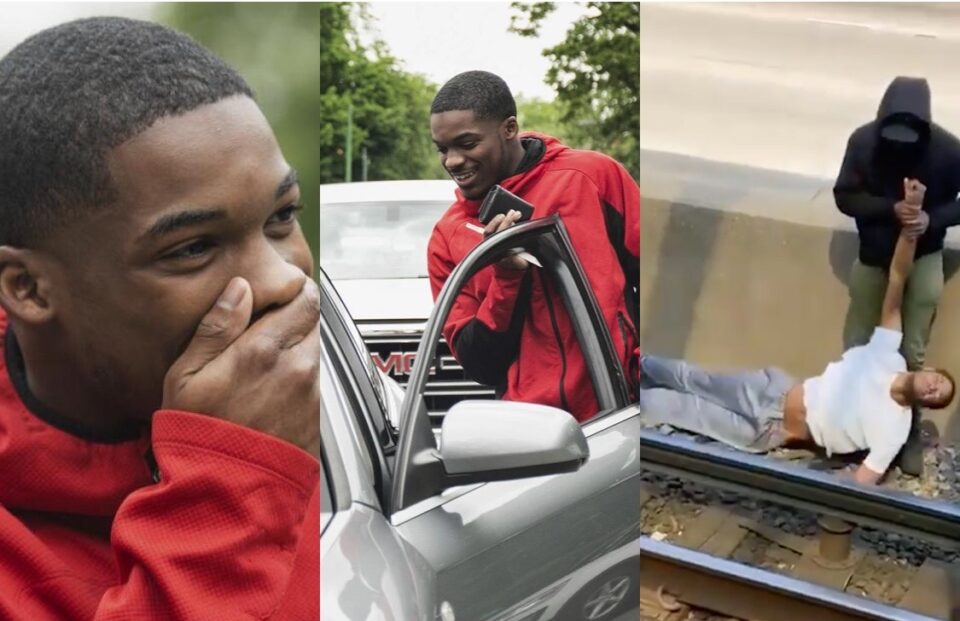 In an unnerving video captured by Chicago commuters, a hero passenger jumps on the train tracks to save a man who had been knocked unconscious after falling on the deadly third trail, the live electric rail that powers the subway with 600 volts of electricity.

Now 20-year-old Anthony Perry is hailed a Windy City hero after leaping on the tracks without second thought, grabbing the attention of a local philanthropist who gifted him a car for his bravery.

“I don’t think I was thinking about what could happen to me at the moment. It was more of what do I have to do to make the situation peaceful,” Perry shared with WGN TV. “I felt a little shock. I felt it all over my body actually, and then I just didn’t let that stop me.”

It was a normal Sunday commute for Perry, who had just gotten off the Chicago Transit Authority Red Line train at the 69th Street station — until spotting two men fighting and continuing to fight after falling onto the train tracks.

“I immediately noticed there was a fight because both guys got their dukes up — they were like putting their stuff down,” the Good Samaritan recounted.

According to police, one man walked up to the other who was standing on the platform, spat in his face, and punched him in the mouth. The fight started right then, but even after falling onto the tracks, the men carried on trading blows.

Per CBS Chicago, the man who started the fight was the one who was left unconscious on the third rail. The other man suffered burns on his left leg and injuries to his mouth, but nonetheless was left in good condition.

Perry recalls how in the chaos of people yelling for help and pulling out their phones to record, he reacted in a fight-or-flight mode and jumped onto the live tracks himself.

When touching the man, he felt the electricity course through his own body.

“It was strong — like it went through my whole body,” Perry said. “I remember after that, my whole body was still kind of shaky.”

On Wednesday, the Good Samaritan was honored in a local ceremony where businessman Early Walker gifted him a 2008 Audi A6 for his courage, and to ease Perry’s 90-minute commute to work.

He humbly added, “I was thinking about, if that was me in that situation, how would I want people to treat me?…I’m just happy that the guy was alive, more than anything. I didn’t see myself as a hero, to be honest.”