Children Amid 31 Dead in Stampede During Church Service in Nigeria 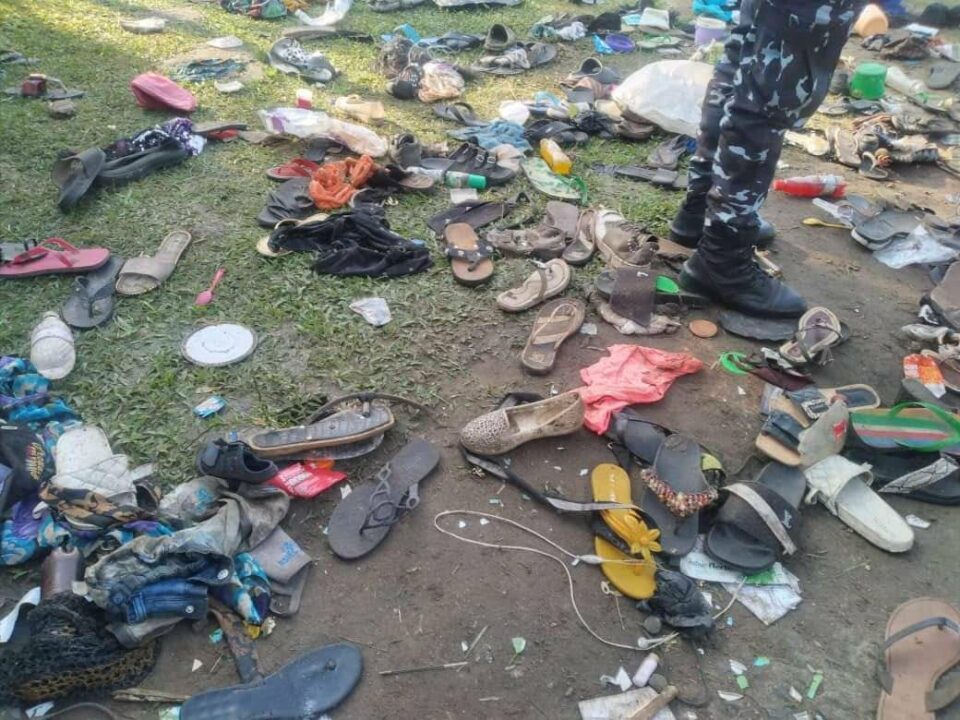 As many as 31 people reportedly lost their lives on Saturday morning during a crowd surge at an event at King’s Assembly Pentecostal Church in Port Harcourt, Nigeria.

A horrific stampede claimed the lives of entire families, crushed to death before the opening of the church’s “Shop For Free Programme,” a charity program that was to provide gifts and food in celebration of its fourth anniversary. Local news fear the death toll is expected to rise.

A witness claimed a pregnant woman and many children were amongst those deceased, reports The Associated Press.

The charity event was set to begin at 9 a.m. Saturday, but some arrived as early as Friday to secure their spot and then at 5 a.m. that morning, confirms police spokeswoman Grace Iringe-Koko.

Sources say that a sports group was scheduled to have practice at 8 a.m., opening a small gate at the premises, giving the crowd entry to force their way inside. Those at the very front immediately got trampled.

“I counted about 21 dead bodies on the ground,” a witness said. “This is not the first time the church is holding this programme, but the crowd since yesterday till this morning is much. It was said that gift items and free food would be served. It is very painful.”

Hundreds of people who had turned up to receive food at the church event broke through a gate, causing the stampede. pic.twitter.com/sWAQTBubRF

Nigeria’s National Emergency Management Agency representative Godwin Tepikor told the outlet that the bodies of the deceased were able to be evacuated and brought to the morgue by first responders.

Videos of the horrific stampede showed the clothing and shoes meant to be given out alongside masses of dead bodies.

The “Shop For Free Programme” was canceled while police investigated the cause of the crowd surge.

Similar stampedes have occurred in Nigeria, the continent’s largest economy.

According to the National Bureau of Statistics, 40% of the country’s population, or about 83 million people live in poverty.

The King’s Assembly Pentecostal Church declined to comment on the tragedy.