Don't Leave Children Behind in Charlottesville 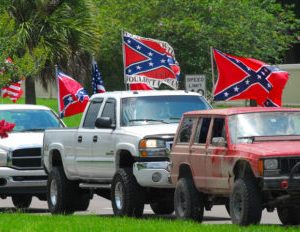 It’s been over 48 hours since a manifestation of hate, bigotry, and white nationalism culminated in the streets of Charlottesville, Virginia, resulting in the death of a 32-year-old advocate of social justice and tolerance. A group of outraged neo-Nazis, fascists, and racists marched through the small Virginia county chanting anti-black and anti-Semitic slurs on Saturday in protest of the removal of a Confederate statue. Ironically, these white supremacists label themselves as patriots all while demonstrating their allegiance to the Confederacy and fascism, which are directly opposed to American values.

Since the protest, images of violent spats and a car plowing into a crowd of peaceful counterprotesters has circulated on the internet and dominated news headlines. However, in addition to becoming a symbol of modern day racism, it’s important to address how this traumatic incident can affect our children.

What About the Children?

“The memory of this weekend’s events should survive as a community that responded forcefully in overcoming the darkest impulses of those who traffic in hatred, intolerance, and brute force,” reads the statement.

The statement goes on to reaffirm that their community values of public safety, equality, and respect are rooted in their public schools. “Our schools are where we make acquaintance with civic responsibility. The work we do in our schools must always bring to life our nation’s most sacred promise—’to form a more perfect union, establish justice, insure domestic tranquility, provide for the common defense, promote the general welfare, and secure the blessings of liberty to ourselves and our posterity.'”

What the statement does not say, however, is how these values are being communicated and reinforced to students who feel confused and vulnerable following the incidents and images of hatred in Charlottesville.

Teaching a Lesson in Love

To address this concern, Black Enterprise reached out to Torrance Harvey, a high school history teacher at Newburgh Free Academy in New York and a local city councilman, about the best way to comfort students in the aftermath. According to him, “Educators should be candid” with their students and turn the incident into a teachable moment. “They need to be upfront, forthright, and honest about what has happened in Charlottesville, Virginia,” he said.

“They should again create a platform for the young people to express some of the experiences that they’ve encountered [personally],” he said.  They should also use the incident in juxtaposition to some of the incidents of racial violence and tension in our country historically.

“Teachers also can compare and contrast the events in Charlottesville to the historical racially charged events of the 1950s and 1960s that would eventually lead to the Civil Rights Act of 1964 and the Voting Rights Act of 1965.  Students will then learn that racism does exist and that combatting it is an ongoing process in America and around the world,” said Harvey.

Most importantly, he added, is that “teaching and addressing the chaos in Charlottesville, VA, provides a platform for students to learn how to combat racism when they encounter it and they also have a platform to express their opinions and experiences with one another as well.”