Chris Brown Off The Hook For Snatching Cellphone 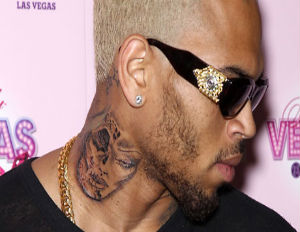 R&B singer Chris Brown won’t be prosecuted for snatching a cellphone from a female clubgoer outside of a Miami nightclub in February, according toTMZ.

Breezy was said to have grabbed an iPhone from a woman outside Cameo nightclub and said, “Bitch, you ain’t going to put that on no website.”

But after a thorough investigation, the Miami-Dade State Attorney told TMZ that “The Miami Beach Police Department and my prosecutors have reviewed all of the evidence and taken the statements of numerous witnesses, many of whom were interviewed in California, and have determined we are not taking any type of criminal action regarding the incident.”