Chris Paul and Avon Team Up to Launch Untouchable 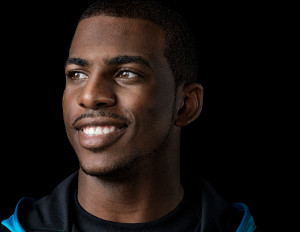 A bruised kneecap has kept Chris Paul out for 12 of the Clippers’ last 14 games. But that has not slowed down his off the court entrepreneurial pursuits.

This morning, Avon Products Inc., announced that the point guard will be joining the company’s team as the face of a new men’s fragrance called “Untouchable.”

Paul who is also a husband, a father of two and a two-time Olympic gold medal winner, says the fragrance represents his mind state.

“Chris Paul is such an incredible role model,â€ says Meg Lerner, Vice President of Avon’s North America Marketing. “He is truly living the American dream, and he owes it all to his hard work and dedication. The new fragrance represents that commitment and all that he has achieved at such a young age.â€

Untouchable launches on Father’s Day and will be available thru Avon, which at over $10 billion in annual revenue, is the world’s largest direct seller.