Chris Rock Shuts Fan Down for Yelling Obscenities About Will Smith 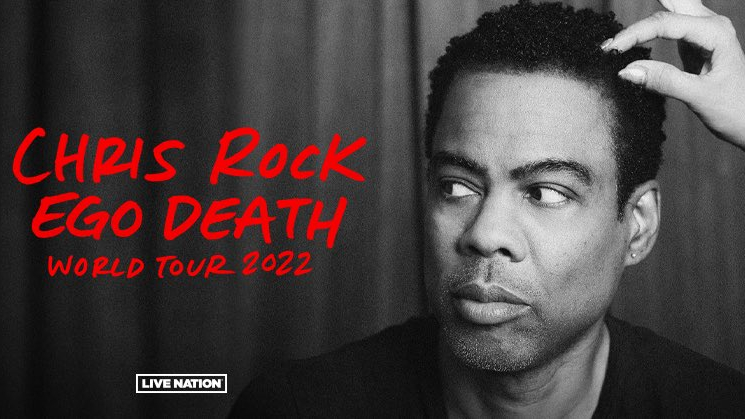 It seems the world has taken a Chris Rock versus Will Smith mindset after the latter slapped the former during Sunday’s Academy Awards ceremony. Yet, Rock is taking the high road as he shut down a fan of his at a recent show who screamed, “F**k Will Smith!”

This took place on the second night of his most recent Ego Death World Tour at The Wilbur in Boston on Thursday.

According to Variety, on Wednesday, the popular comedian received a standing ovation when he stepped on stage for his first stand-up show since he was slapped in the face onstage by an angry Smith, who didn’t appreciated Rock joking about his wife’s appearance.

Jada Pinkett Smith is bald due to alopecia. Chris Rock made a joke to the actress starring in G.I Jane 2. The rest is history.

Rock entered the stage at the Wilbur Theater wearing an all-white ensemble. He was treated to a hero’s welcome in the sold-out arena as the audience gave him an almost two-minute standing ovation. The smiling comedian started the show by stating, “Yo, let me do the show!”

Although the comedian didn’t have much to say about the situation that transpired on Sunday, he did promise the crowd that he will be forthcoming.

He stated, “I don’t have a bunch of s**t about what happened, so if you came to hear that, I have a whole show I wrote before this weekend. I’m still kind of processing what happened. So, at some point, I’ll talk about that s**t. And it will be serious and funny.”

The show was Rock’s first stop on his Ego Death tour, which is expected to close in November at the Dolby Theater in Los Angeles—the same venue where the Oscars took place.