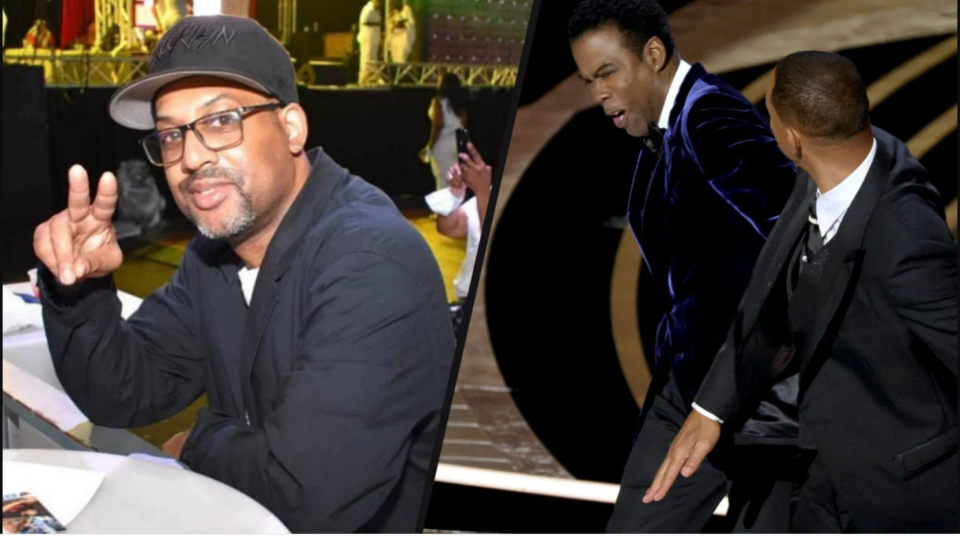 As the world watches and awaits a response by comedian Chris Rock for his take on Will Smith slapping him, in the meantime, his brothers have been speaking out about “slap-gate.”

After Tony Rock spoke on the situation via Twitter and then during a recent stand-up show, the youngest brother of the Rock family, Kenny, has something to say.

In an interview with the Los Angeles Times, Kenny stated that when he viewed the video of the incident when Smith smacked his brother Chris in the face, he initially thought it was an act. That is until he saw Smith yelling and cursing at Chris immediately after the clash.

“It eats at me watching it over and over again because you’ve seen a loved one being attacked and there’s nothing you can do about it,” Kenny said to The Los Angeles Times in an interview.

“Every time I’m watching the videos, it’s like a rendition that just keeps going over and over in my head. My brother was no threat to him and you just had no respect for him at that moment. You just belittled him in front of millions of people that watch the show.”

Although the Academy of Motion Picture Arts and Sciences hasn’t taken action yet and they are meeting soon to decide the fate of Smith, the Wild, Wild West actor has resigned his membership from the Academy. But, Kenny feels a more severe action needs to take place because of Smith’s free-flowing hand.

Kenny would be satisfied if the Academy took away the Oscar Smith won after he struck his brother, Chris. Not only that, he should not be allowed to attend any future Oscars presentations as a punishment.

Kenny did feel that Chris had no idea that Jada Pinkett-Smith had alopecia. If Chris had known, he doubts he would have said that unscripted joke.

“The joke was funny,” Kenny said. “It wasn’t hilarious funny, but I know that if he knew that she had alopecia … he wouldn’t make a joke about that. But he didn’t know.”

Kenny, just like his older brother, Tony, does not feel the apology Smith offered was genuine. He feels if he were really sorry, he would have apologized to Chris during his Oscar acceptance speech, where he apologized to everyone but his brother.

“I might have looked at it differently had he initially apologized when he got on the stage and cried and accepted the award, but he didn’t, so, right there that tells me that it is something else,” Kenny said.

“He should have been escorted out of there. I hold them accountable for that. He could have went up there and did anything you wanted to my brother. It could have been much worse than what he did.”