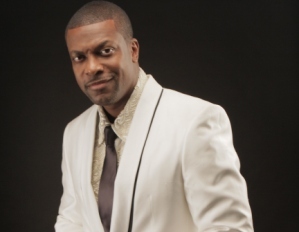 There are only a few great talents who can disappear from the spotlight and return to a warm embrace from devoted fans. Chris Tucker is one of them. After the release of third installment of the blockbuster trilogy, Rush Hour 3, Tucker left the business and has remained low-key until now. The funnyman is preparing to embark on his first comedy tour in three years, kicking off on August 19,Â  and plans to invite his loyalists back into his world one joke at a time. BlackEnterprise.com caught up with Tucker to talk comedy, bad movies and good business sense.

BlackEnterprise.com: Long time no see! Your fans have missed you. What have you been up to?

I have never stopped doing standup in-between films, but now I really have the time. I’ve missed it, so I’m looking forward to being on the road again.

BlackEnterprise.com: In addition to acting, you’re also producing films. What inspired that transition?

Honestly, the lack of good movies being made. I decided to take matters into my own hands and plan to produce the kind of projects that I’m interested in.

BlackEnterprise.com: Was that always a part of your plan?

Tucker: Yes, I always wanted to do my own thing and I love movies. It’s always been my dream to put my imprint into movies and develop compelling stories.

BlackEnterprise.com: How important is it for actors to work behind the camera to become truly successful financially?

I think it’s good if you want to get more of your vision out there. If you’re directing, you got to tell the story to the audience the way you want to and it also gives the actor a little more pull to make that character the way he or she sees fit. So yes, if you can eventually direct, do so. I don’t think it will necessarily ensure financial success; but it will allow you to share your vision with others. I believe if you continue to do good work and accept great projects as an actor, eventually the money always comes because your work will speak for itself.

BlackEnterprise.com: What do you consider your first “big break”?

Tucker: Of course, Def Comedy Jam for my comedic career, but for my acting, definitely Friday. That film became a cult classic—something that no one would have imagined. I auditioned for that role completely improv. We had fun making that film.

BlackEnterprise.com: Folks are still reciting lines from that film! How have you grown as an entertainer?

My personal experiences and opportunities have helped me grow. I’ve been blessed to learn from legends like Sidney Poitier, Quincy Jones, Ruby Dee, Harry Belafonte and James Earl Jones. All of them gave me great advice, and I admire those people who can teach you to learn to appreciate “here is where you [are]â€ and “where you should take itâ€ as far as your career.