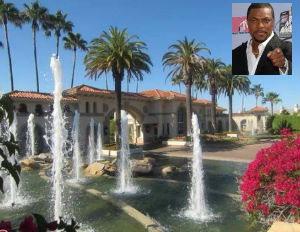 In 1996, Chris Tucker purchased his L.A. mansion for the low Hollywood price of $1,113,500–two years before his movie career climaxed to the top with the release of his Rush Hour series. But after 15 years, he decided it was time to say goodbye, and went on the search for a buyer in 2011. Now, two years later, Tucker is walking to the bank with nothing but smiles.

According to TMZ, the Tinseltown comedian finally sold his California home for a cool $2.1 million, making him a $1 million profit on the sale–something almost unheard of these days. The house has five bedrooms, seven-and-a-half baths, high ceilings, French doors, balconies, a pool and spa.

Though he may be out a couple million, the new owner should feel pretty lucky.