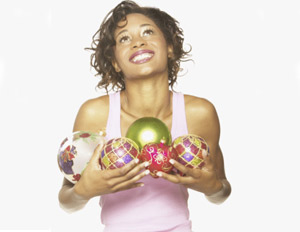 Here’s a recap of some news that’s come across the wire this week as we trek through the final stretch into Christmas 2011. Brace yourselves; it’s not pretty:

A woman was set on fire in the elevator of her apartment building by a handyman who admitted he killed her because she owed him money for back jobs.

An entire family–mother, father, daughter, son, even the family dog–died when their small plane crashed into a New Jersey highway 14 minutes after taking off for reasons as yet unknown.

A mother and her two young children returned to their brand new home–funded through Habitat for Humanity–to find that their house had been broken into, ransacked, everything (including Christmas gifts) taken.

It’s hard to read this stuff no less endure it if you’re actually involved. These are the types of stories that make us question humanity. What’s become of us? How can we live in a world in which things like this–and worse–just keep happening? Why do bad things happen to good people?

But there’s always a flip side. Like, the stories highlighting the many secret Santa’s at stores across the country who are anonymously paying off random people’s layaway debt. Or, stepping up in line to pay the bills of those waiting to go next. And there’s the story of my friend Jan, who will celebrate two years since her cancer diagnosis–the one in which they told her she’d have two years, max, to live.

Jan had a 50th birthday party recently. It was intimate and decadent and fun. She gathered 14 women; we were all asked to wear red and be prepared to sing our hearts out at karaoke–no exceptions no matter how shy or tone deaf you claimed to be.

Over a dinner of lobster bisque, salmon and red velvet cake, Jan told each one of us why we’d been invited. She thanked us for standing in the gap for her, holding her up, praying for her and with her, making her laugh, sending notes, caring, just being there. Then she recapped the last two years during which she endured surgery, and chemo, and countless doctor visits to be prodded, poked and monitored. But that’s not what she talked about–at all.

Instead, Jan talked about how she’d seen her youngest of four children enter high school and her first child graduate from Yale, her own alma mater. That daughter took a job teaching English in Korea and Jan went with her second daughter to visit; they had a ball. Jan was honored several times for her dedicated work with Yale, with her church, and in her community. Shortly before her birthday party, she and her husband celebrated their 25th anniversary on a trip to the beautiful island of Anguilla. She’s looking forward to Christmas and to all that’s coming in 2012.

Here’s the thing about the world we live in now: It’s one of extremes. Extreme weather; extreme sports; extreme religion; extreme wealth; extreme poverty; extreme politics; extreme TV. You name it; we’ve taken it to the extremes.

What Jan seems to have found in the midst of being diagnosed with a terminal illness, an extreme situation to be sure, is that thing that eludes so many of us, individually and collectively: Balance. And in the midst of that balance, she’s found joy, love, and peace.

Every year when my kids ask me what I want for Christmas, I say, “Happiness, love and peace on Earth.â€ They scowl and give each other the she’s-crazy look. They hate that answer.

“Mom,â€ my son says, as if he’s patiently trying to reason with a lunatic, “We need you to tell us something that we can actually give you. Think box, something that comes in a box.â€

Thing is, I don’t really need anything that comes in a box. I need balance, more within myself, within my family and throughout our world. I need us all to pull back from the extremes and get centered around what really matters so we can fix a few things and be proud of ourselves and the world we’re creating.

I hope your Christmas overflows with all good things and that you get what you really wish for, boxed or not. If you have a key to achieving greater balance, please reach back and let me know since that really is my Christmas wish.