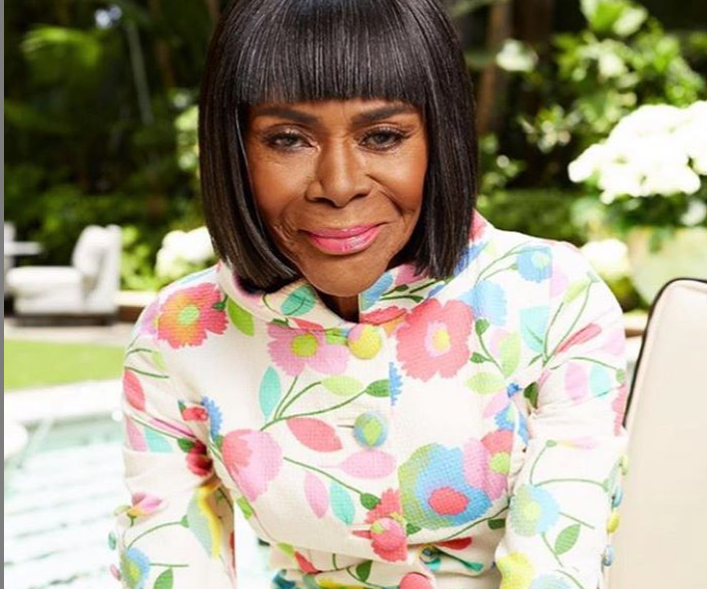 Cicely Tyson was among the latest inductees this year into the 2020 TV Hall of Fame, according to VIBE. The 95-year-old actress was honored, along with other inductees at the 25th induction ceremony at the Saban Media Center in North Hollywood, California, earlier this week.

The actress, who recently starred in Tyler Perry’s latest Netflix film, A Fall From Grace, has a career spanning over 70 years. And, she has made history as the first black actor to star in a TV series; the first black woman to win an Emmy Award as a lead actress in a television movie; the first black actress to receive an honorary Oscar.

“I have had an incredible career,” Tyson shared during her acceptance speech. “I am grateful, not to the shoulders that I stood on, but the backs that I laid on and stood on while the women in our family picked cotton with babies strapped to their backs. I’m grateful for them. I am super grateful that I have been here for 95 years, and have no idea who this person is. I find myself looking in the mirror every now and then and saying ‘Cicely, do you believe this?’ I don’t [believe it] but I am grateful to the Heavenly Father, to every single one of you who has held me up over these years. I want you to know that I would not be here if it weren’t for each one you.”

Tyson is the recipient of three Primetime Emmy Awards, four Black Reel Awards, one Screen Actor Guild Award, and an honorary Academy Award. With her theater work, she has been given a Tony Award, the Outer Critics Award, and the Drama Desk Award for Best Actress in a Play.

Tyson also was a recipient of the prestigious Kennedy Center Honors and has been awarded the United States’ highest civilian honor, the Presidential Medal of Freedom. Tyson was recently inducted into the American Theater Hall of Fame and she is a 2013 Women of Power Legacy Award recipient.