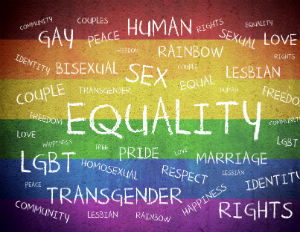 Georgia’s term-limited governor, Nathan Deal, took a stand against his own party and averted threatened boycotts by major corporations by vetoing a “religious freedom” bill. The NFL warned that Atlanta’s bid for the 2019 or 2020 Super Bowl could be in jeopardy. Technology firms led by Salesforce CEO Marc Benioff asked for Deal’s veto. The Walt Disney Company, Marvel Studios, and dozens of Hollywood figures vowed to take their projects elsewhere, despite Georgia’s generous tax credits for the film industry. Multimillion-dollar events and investments were threatened.

Lawmakers across the nation are advancing “religious freedom” measures, which have passed at least one chamber inÂ 10 states: Florida, Georgia, Kansas, Kentucky, Mississippi, Missouri, South Dakota, Tennessee, Virginia, and West Virginia. But Deal said only the First Amendment of the U.S. Constitution can protect people of faith–along with everybody else. “I do not think that we have to discriminate against anyone to protect the faith-based community in Georgia,” the Republican governor stated,Â per ABC News.

Wade Henderson, president and CEO of theÂ Leadership Conference on Civil and Human Rights, issued a statement applauding Governor Deal’s veto of HB 757, legislation that would allow organizations to discriminate under the pretense of religious beliefs. Earlier this year, the Leadership Conference Education Fund held an event highlighting this bill in Atlanta and released a report called “StrikingÂ a Balance: Advancing Civil and Human Rights While Preserving Religious Liberty,â€ which documented the historical context of how religious arguments have been used to fight equality and civil rights for women, people of color, and many more communities:

“We applaud Governor Deal and the many advocates who worked together to defeat HB 757, legislation that would have allowed taxpayer-funded organizations to deny employment or services to LGBT people. Religious liberty is meant to be a sacred shield to ensure civil and human rights to all individuals, regardless of their religious beliefs or sexual orientation. It’s now being used as a sword to attack the rights and freedoms of others.â€

The Leadership Conference on Civil and Human Rights, a coalitionÂ with aÂ diverse membership of more than 200 national organizations, promotes and protects the rights of all persons in the United States. This is only the latest in a tidal wave of efforts to justify discrimination wrapped in the false flag of religious freedom. “That’s why we went to Georgia earlier this year: to release our report and show how these same arguments have been used to oppose women’s suffrage, racial integration, interracial marriage, the acceptance of Asian immigrants, the Americans with Disabilities Act, and the abolition of slavery,â€Â Henderson said.