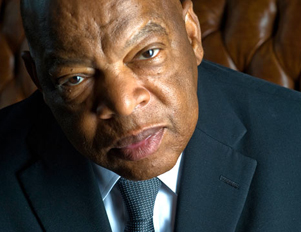 Civil rights legend and Congressman John Lewis of Georgia announced Sunday he will receive treatment for stage 4 pancreatic cancer. According to the release on his website, Lewis’ doctors reconfirmed the diagnosis following a routine medical visit and a series of tests.

“I have been in some kind of fight — for freedom, equality, basic human rights — for nearly my entire life. I have never faced a fight quite like the one I have now,” Lewis said in a statement. “While I am clear-eyed about the prognosis, doctors have told me that recent medical advances have made this type of cancer treatable in many cases, that treatment options are no longer as debilitating as they once were, and that I have a fighting chance.”

The 79-year-old legislator who has served in the House for 17 terms stated that “he will continue his work in Congress” as he returns to Washington in the coming days to begin his treatment plan, which is expected to last several weeks. “So I have decided to do what I know to do and do what I have always done: I am going to fight and keep fighting for the Beloved Community. We still have many bridges to cross,” he further stated. “To my constituents: being your representative in Congress is the honor of a lifetime…I may miss a few votes during this period but with God’s grace I will be back on the front lines soon.”

After the announcement, Lewis gained an outpouring of support. Former President Obama, who presented the man called the “Conscience of the US Congress” with the Presidential Medal of Freedom, the nation’s highest civilian honor, tweeted: “If there’s one thing I love about @RepJohnLewis, it’s his incomparable will to fight. I know he’s got a lot more of that left in him. Praying for you, my friend.”

Former President Clinton shared similar sentiments, tweeting: “If there’s anyone with the strength and courage to fight this, it’s you, John. Hilary and I love you with millions of other Americans.”

Lewis, who received the Earl G. Graves, Sr, Vanguard Award at the inaugural BLACK ENTERPRISE Black Men Xcel Summit in 2017, often says he’s looking for “good trouble.”  At such, he remains one of the fiercest lions in the fight for justice and equality, rallying congressional colleagues to vote to impeach President Trump earlier this month, gain unequivocal support on the restoration of key provisions of the Voting Rights Act of 1965 and participate in a sit-in against gun violence.

His lifelong activism was inspired by the Rev. Dr. Martin Luther King Jr. and the slain civil rights leader’s example of nonviolent activism.  At the age of 23, the Troy, Alabama native and son of sharecroppers served as chairman of the Student Nonviolent Coordinating Committee (SNCC), an organization that engaged students to participate in sit-ins and freedom rides during the Civil Rights Movement. He was also the youngest architect and keynote speaker of the historic 1963 March on Washington, where King delivered his powerful, nation-changing  I Have A Dream speech.  A year later, President Lyndon Johnson signed the Civil Rights Act of 1964, putting an end to legal segregation of public institutions and accommodations. He was also among those who led more than 600 peaceful, orderly demonstrators across the Edmund Pettus Bridge in Selma, Alabama, in 1965 in a protest for voting rights in one of the bastions of Jim Crow. He was wounded in a brutal attack by Alabama state troopers that became known as “Bloody Sunday.” The efforts of King, Lewis and other civil rights leaders and marchers proved critical in passage of VRA, which ensured protection of the franchise for all Americans.

Lewis is still focus on bolstering VRA, which was weakened in the Supreme Court decision on Shelby County V. Holder. When the House recently passed the Voting Rights Advancement Act, Lewis underscored the significance of preserving “the most powerful nonviolent tool we have in Democratic society.”