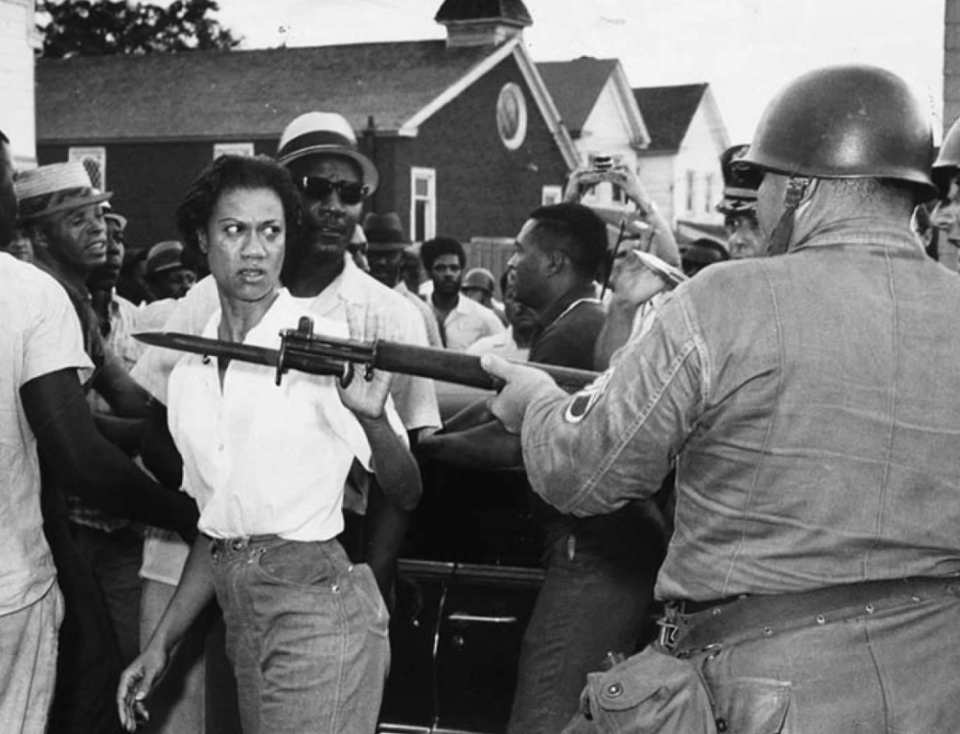 She was 99-years old, the Associated Press (AP) reported. One of the most iconic images of the civil rights movement showed an unbothered Richardson pushing a National Guard soldier’s bayonet away from her.

Richardson was a pillar in the Maryland Eastern Shore area and a leader and organizer of the Cambridge Movement. The Cambridge Nonviolent Action Committee (CNAC) was established in 1962. The organization fought to end segregation and racism inside the city. Richardson was instrumental in the federal government taking action.

Although the woman was a fearless activist, she didn’t seek the limelight. Her granddaughter, Tya Young, told the publication, “She did it because it needed to be done, and she was born a leader.”

“The Struggle is Eternal: Gloria Richardson and Black Liberation” author Joseph R. Fitzgerald expressed to AP that Richardson was instrumental in building the foundation of the Black Power Movement.

The Baltimore native also believed that Black people should defend themselves outside of peaceful protesting.

Richardson’s admission into Howard University at age 16 cemented her civil rights work in Washington D.C. It was the woman’s diligence that allowed her to meet with then-U.S. Attorney General Robert Kennedy to negotiate the “Treaty of Cambridge.”

The treaty spawned a change for the Black residents of Cambridge.

Her activism influenced young Black women during the 1960s and 70s.

Richardson is survived by her daughters, Donna Orange and Tamara Richardson, and granddaughters Young and Michelle Price.