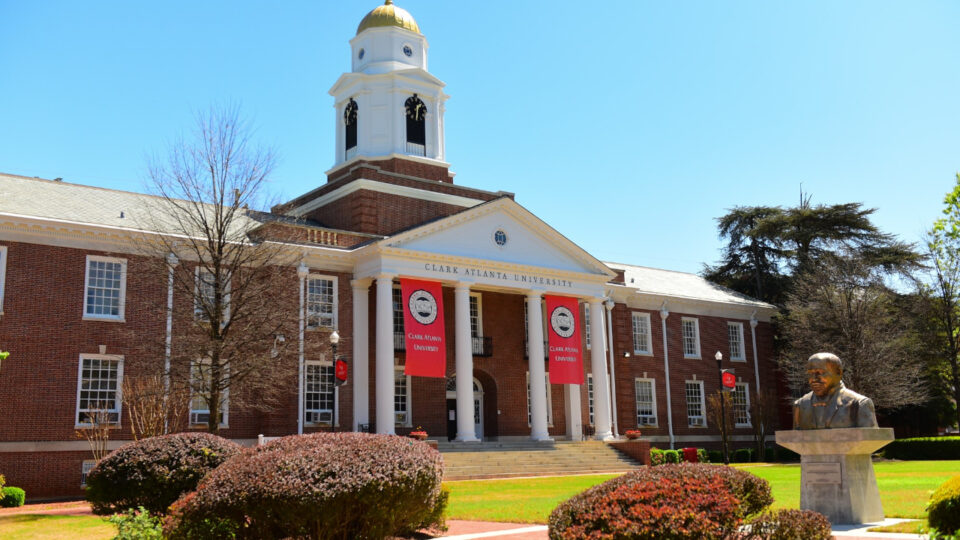 CAU will become a community center for Coding and Creativity as part of Apple’s Community Education Initiative and Tennessee State University’s HBCU C2. This initiative between the two institutions is designed to empower historically Black colleges and universities (HBCUs) to expand technology and creativity experiences within their institutions and broader communities.

“We continue to move with momentum to ensure our scholars at Clark Atlanta University have access to a world-class education and that mission includes offering initiatives that focus on technology and enhancing their analytical thinking skills,” said Clark Atlanta University President George T. French Jr. in a written statement. “We want our students to exercise their creativity, be competitive in the world of technology, and be included in the technology career pipeline. Initiatives such as this brings them one step closer to that goal.”

Apple has been supporting Tennessee State University’s HBCU C2 since the program started in 2019.

It has expanded the initiative to 11 new schools—including Clark Atlanta University, Florida A&M University, and Texas Southern University—bringing the total number of community coding centers and regional hubs on HBCU campuses to 45 across the country. This initiative empowers and supports HBCUs to bring coding and creativity experiences to their communities, using Apple hardware and its Everyone Can Code and Everyone Can Create curricula.
“In the three years since we teamed up with Apple, we’ve brought coding and creativity courses and experiences to thousands of HBCU students and community members,” said Dr. Glenda Baskin Glover, president of Tennessee State University. “We’re proud of all that we’ve accomplished, and cannot wait to continue building this impactful initiative together as we create a more equitable future, open doors to new opportunities, and ensure our students have access to cutting-edge careers.”