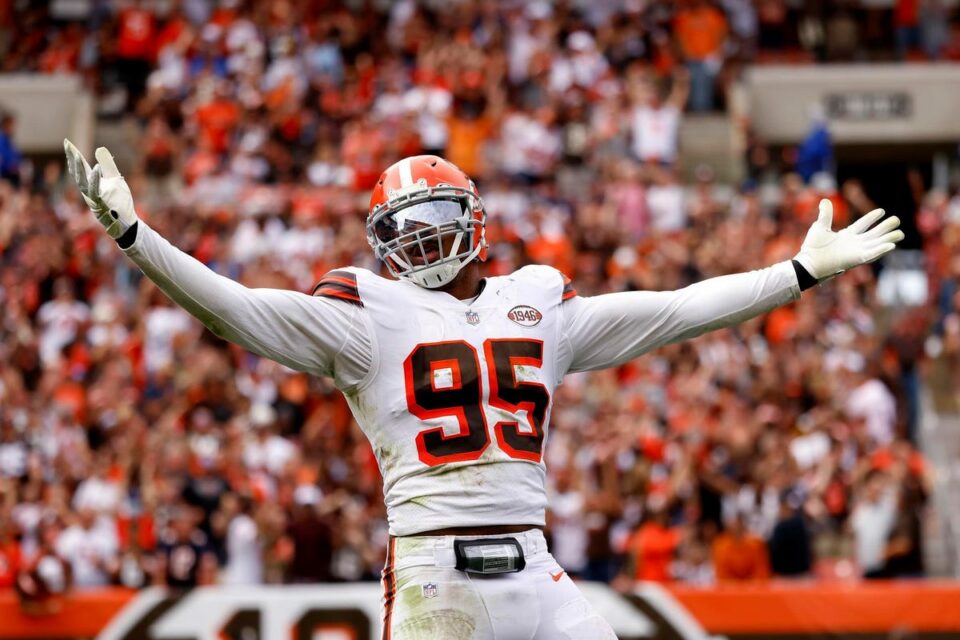 Sports Illustrated reports the deal makes the former Texas A&M product one of the brand’s most visible and highest-profile athletes. Garrett made his debut with Reebok at last month’s NBA All-Star Celebrity Game. Reebok Vice President Caroline Machen said in a statement that Reebok is excited to usher in a new era, and Garrett is a big part of that.

“Myles Garrett is one of those incredible all-around athletes who could be a standout in any sport, he just happened to choose football,” Vice President of Global Brand Marketing at Reebok Machen said.

“We’re thrilled to welcome Myles to the Reebok family and shine a light on our shared ethos and passion for sport, fitness, fashion, pop culture, and activism. As we embark on an exciting new era here at Reebok, Myles will be a key player in bringing his own unique energy and story to our next chapter.”

Garrett has been a force in 68 games with the Browns, racking up 140 tackles, 58.5 sacks, and 11 forced fumbles. Garrett has been instrumental to the Browns’ turnaround from an NFL punchline to a borderline playoff team. This season, Garrett and quarterback Baker Mayfield kept the Browns in playoff contention until they were eliminated in the last week of the regular season.

Garrett said one of the reasons he chose to sign with Reebok was the sports apparel giant’s support of his interests outside of football.

“I really pride myself on having a lot of interests off the field, so to be working with a brand that promotes individuality and encourages people to pursue the things that bring them joy is incredible, Garrett said in a statement, according to SI. “I’m looking forward to showcasing more of who I am on and off the field to help better establish the brand in performance and lifestyle.”