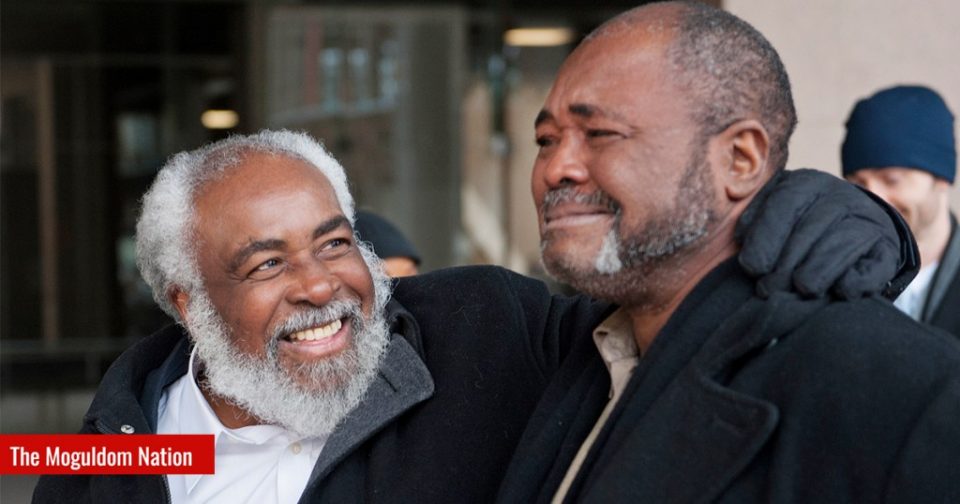 Three African-American men who spent decades in prison in Cleveland for crimes they didn’t commit will be paid a combined $18 million from the city for wrongful murder convictions in 1975.

It took 12-hours of mediation for Cleveland to reach the settlement with the three wrongfully accused — Rickey Jackson, Wiley Bridgeman and his brother Kwame Ajamu. Under the settlement, the payments will be split up through April 2023. The lawsuits filed by all three men will be dropped.

Friedman and Gilbert, the law firm representing two of the men, said the settlement is the largest awarded over police misconduct in Ohio, WKYC reported.

The exonerated men, who are now in their 60s, were convicted of murder in 1975 for shooting money-order collector Harold Franks. Even while behind bars, the men maintained their innocence and were finally cleared in 2014.

By that time, Jackson had served 39 years in prison and it is believed he served the longest amount of time behind bars by anyone wrongfully convicted of a crime, Cleveland.com reported.

Under the settlement deal, Jackson will get 40 percent ($7.2 million) and Bridgeman and Ajamu will split the rest, Jackson’s lawyer Elizabeth Wang said.

“What is 39 years of your life worth?” Wang said. “Nobody can put a number on that. No amount of money that can compensate them for what they went through.”

In August 1975 a jury found Jackson, Bridgeman, and Ajamu (then known as Ronnie Bridgeman), guilty of murdering Franks. They were also convicted of trying to kill store owner Anna Robinson. The men were sentenced to death but the sentences were reduced to life in 1978 when the state enacted a short-lived moratorium on the death penalty, Cleveland.com reported.

Nearly 40 years later, the eyewitness, who was 12 years old at the time, recanted his testimony and judges overturned the men’s criminal convictions. The eyewitness, Edward Vernon, said in 2014 that city detectives pressured him to lie on the witness stand. He said the police threatened to jail his parents and that police manipulated him, Cleveland.com reported.

The men’s attorneys say this settlement puts an end to a 45-year “nightmare.” https://t.co/UxyPGTmTrc

Besides the settlement, the trio’s story was chronicled in a book written by Kyle Swenson, now a reporter for The Washington Post, who covered the case for the alternative weekly Cleveland Scene.

Ajamu told WKYC he hopes their case will cause improvements in the justice system. “We accept and hope that there’s a challenge in this organization now that you will go forward with the right agility towards equality and justice,” Ajamu said.

“This lawsuit and settlement expose the egregious misconduct by police who worked up the case, fabricated false evidence, withheld evidence of innocence, and then coerced Vernon into lying on the stand at trial,” the law firm of Friedman and Gilbert said in a statement. “The settlement also marks the City of Cleveland’s failure to monitor and train rank and file police in the 1970s, reflected in the department’s widespread culture of racist policing and misconduct with impunity.”