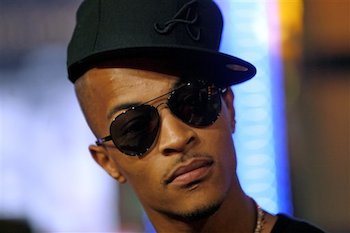 Atlanta rap superstar Clifford “T.I.” Harris is doubling down on his reality TV success by producing his own effort titled Sisterhood Of Hip-Hop.

With the help of producers 51 Minds (T.I. and Tiny: The Family Hustle), T.I.’s new program showcases young female rappers (both known and unknown) who are attempting to make a name for themselves in the Hip-Hop game.

The five ride-or-die rhyme spitters who dream of making it big in the music industry are Diamond (Crime Mob), Brianna Perry, Nyemiah Supreme, Bia, and Siya. As Hip-Hop continues to look for fresh and innovative female lyricists, Sisterhood Of Hip-Hop looks to be an intriguing addition to the already compelling reality TV scene.

Before Sisterhood Of Hip-Hop premieres on Oxygen on August 12, be sure to check out the trailer and leave your comments below.