Cloud Clash: Is the Cloud Reliable Enough to Store Your Data? 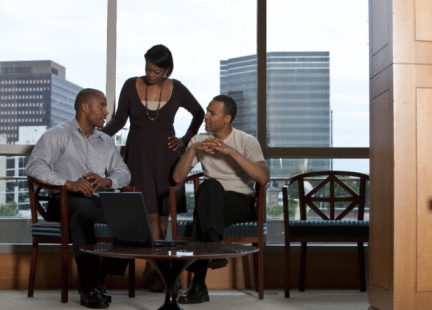 A data center in northern Virginia housing Amazon’s Web Services Business failed between April 21-24, causing Internet outages for several popular Internet companies, including Reddit.com, Quora.com, and Foursquare.com, along with hundreds of lesser known companies and small businesses. These companies were renting space on Amazon’s massive Elastic Compute Cloud (EC2) servers. When the problem occurred, business interruptions ranging from losing the comment function on some websites to losing access to sites altogether started a lot of people to question just how reliable cloud computing really is.

After a debate that started on Twitter, I asked IT experts Thaddeus Howze (@ebonstorm) and Kevin Michael (@kevinvmichael) to face off here on BlackEnterprise.com with their two differing perspectives on cloud computing. Below they address the pros and cons of the technology so that you will know what you need to consider before signing up. Overview
I am not opposed to cloud computing. Computers connected together tend to be more useful and more capable than computers isolated. But with every technology paradigm there are things you do not expect. Networked computers gave rise to spam, malware and botnets, three of the greatest scourges of the networked world today. They are such problems they absorb billions of dollars in performance lost, damaged or destroyed technology and time wasted by employees worldwide. But we do not abolish networks despite these things because the network is simply too useful and too profitable to be without.

The cloud, one day, may offer similar benefits to businesses and people everywhere. But we are not there yet. There are hurdles that need to be addressed and issues people need to understand to make informed decisions.

The ‘cloud’ is being sold as a mature technology that is robust, trouble-free, easy to use, easy to configure, and far less expensive than owning your own platform for the service. While this may be true for certain applications like, Salesforce, it does not mean it is all of those things for every application of the cloud technology. The underlying Internet infrastructure is, in my mind, far less reliable, stable, or capable of supporting this glut of technology which includes:
– phones and internet capable devices,
– the increasing burden of millions of new sites,
– billions of new users and exobytes of constantly moving data
– video streams, dedicated connections, torrents, botnets, spam and malware generation and propagation.

As China and India (and to a lesser extent Africa and South America) adopt new technology and enter the Internet, how will this affect this over-stretched behemoth of technological wonder?

Security
Security is one of many issues underlying the configuration of the Internet. The Internet was designed as an open environment. Now we are trying to secure an environment designed to be open, and as such there will be unintended consequences to layering security measures. For example, the ever-increasing complexities of these new security measures add to the already unstable configuration of the Internet protocols. Do these security technologies complement each other or do they compete with each other?

Business Autonomy
There was a time when IT was a utility and providers like WANG and Intel provided you with your technology choices and you liked it. You paid and that was it. Once companies have you where they want you, they don’t ever try and take advantage of you and jack up their rates to unreasonable levels, or do they? They certainly do; think Comcast, AT&T, and Pacific Bell for examples.

With Cloud computing that ‘utility-style’ of business is trying to be make a comeback and I don’t think I like it. If you use cloud computing, you may be required to use tools recommended by your service provider which may make it impossible for you to move your data at a later time. I dislike the idea of losing control of my applications, data, software and information regarding my business.

Thaddeus Howze is an IT consultant with thirty years of experience working with all forms of technology including the military, advertising, banking, financial and educational sectors. He is A+, CCNA, and MSCE Certified, and currently working toward a Project Management Certification (PMP).