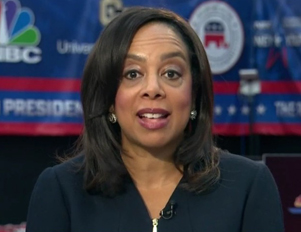 If the previous presidential debates are any indication, CNBC can expect a ratings windfall tonight when GOP candidates take the stage for their third debate. Previous debates on Fox and CNN pulled in over 20 million viewers each.

Tonight, all of the candidates willÂ  have a chance to make opening and closing remarks, as well as answer questions from CNBC’s moderators Becky Quick, John Harwood, and Carl Quintanilla, as well as questions from hosts and correspondents; Jim Cramer, Rick Santelli, and Sharon Epperson.

The tone of this debate, however, will likely be much more focused on the cable news giants ‘bread and butter’ business: money and the economy. Candidates can expect to be pressed for solutions on issues such as income inequality and fiscal discipline in Washington, D.C., as well as matters like the debt ceiling and stagnating wages.

While voters will be eager to hear from Ben Carson — who a New York Times/CBS News poll found to be the front-runner — Donald Trump, and Carly Fiorina; all of the candidates will have a chance to phone-in and make opening and closing remarks.

BlackEnterprise.comÂ caught up with CNBC’s Senior Personal Finance Correspondent Sharon Epperson and asked her which issues she will be discussing with the candidates.

BlackEnterprise.com: Previous debates have stayed away from economic questions, such as the debt ceiling. Â In fact, the New York Times discusses how a viewer Â brought it to Becky Quick’s attention, that of the 441 questions asked in the presidential debates so far, not one of them was about the debt ceiling. What issues will you press with the candidates?

Epperson: Many people are worried that they haven’t saved enough to retire and can’t save because their expenses are rising; not their income. It’s imperative that candidates talk about education, jobs, wage growth, retirement, and healthcare. Also, for many Millennials and their parents, student loan debt is top of mind.

Will you press the candidates to talk about economic disparities between minorities and other groups, and how they intend to close these gaps?

Economic disparities between minorities and other groups must be addressed to insure the future growth of our country.

What do you want your audience to walk away with?

I want viewers to walk away understanding how their education, jobs, taxes, and financial security will be impacted if one of these candidates is in the White House. The electorate needs to know how each candidate will impact their wallet.

The preliminary debate, featuring hopefuls trailing in the polls, will air at 6 p.m. ET, and the main debate (10 candidates) will air at 8 p.m.