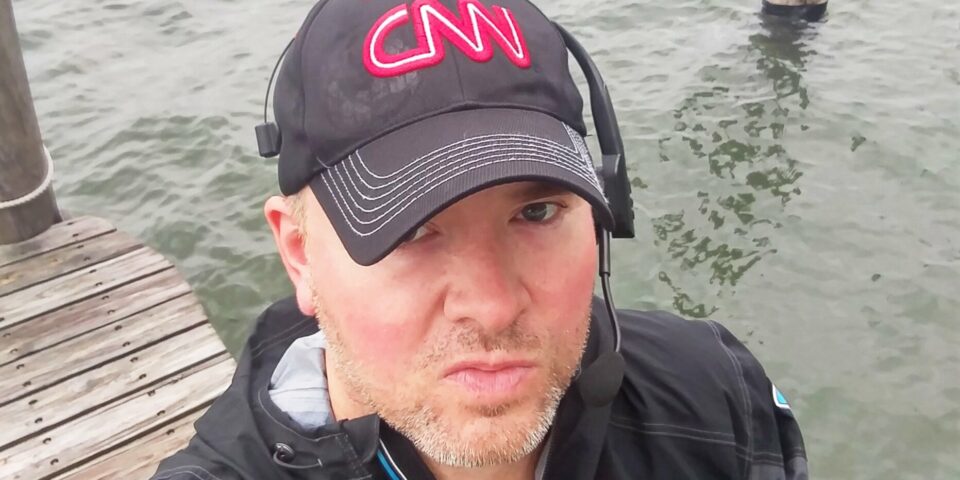 CNN Producer John Griffin was arrested Friday and charged with three counts of using a facility of interstate commerce to attempt to entice minors to engage in unlawful sexual activity. (Image: Twitter/@davenewworld_2)

CNN Producer John Griffin was arrested Friday and charged with three counts of using a facility of interstate commerce to attempt to entice minors to engage in unlawful sexual activity.

“The charges against Mr. Griffin are deeply disturbing,” a spokesperson for CNN said in a statement Saturday. “We only learned of his arrest yesterday afternoon and have suspended him pending investigation.”

Griffin, 44, has been a producer with the network for eight years, and according to a report by the network, the charges stem from conversations between Griffin and the parents of minor daughters in which Griffin tried to persuade them “allow him to train their daughters to be sexually submissive,” as well as an incident in which prosecutors allege Griffin had unlawful sexual activity with a 9-year-old girl.

Prosecutors added that last June, Griffin, with the father of a 14-year old girl and the mother of a 16-year old girl, proposed the daughters begin “sexual training” and paid $3,000 to fly a 9-year old girl and her mother to Boston, where he picked them up and took them to a ski house “where the child was directed to engage in and did engage in illegal sexual activity.”

“The allegations are deeply disturbing, and our office is committed to working with our partners at the United States Attorney’s Office District of Vermont to ensure Mr. Griffin is held accountable for his actions,” the FBI said in a statement posted on Twitter Friday. “The FBI, along with our law enforcement partners, will continue to aggressively investigate those who victimize the most vulnerable in our communities.”

Griffin is facing anywhere from a decade in prison to a potential life sentence for each of the three counts.